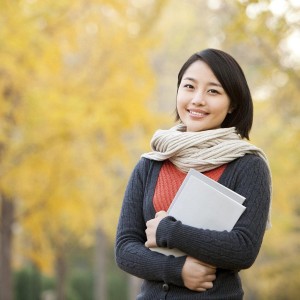 the age of 18, but that emancipation may occur later when the child completes full-time post-secondary education, gets married, dies, enters the military service, or some other emancipation triggering event.  The New Jersey Supreme Court in the leading case of Newburgh v. Arrigo, 88 N.J. 529 (1982), addressed the issue of emancipation, including the extent to which a child’s attainment of the age of majority, now 18 (N.J.S.A. 9:17B-3), would affect a duty to support.  In that case, the Supreme Court noted that while the a child turning 18 years old established prima facie but not conclusive proof of emancipation. Whether a child would be deemed emancipated at age 18, with the correlative termination of the right to parental support, depended upon the facts of each case. The Court noted that in appropriate circumstances, the privilege of parenthood comes with it the duty to assure a necessary education of children, including college and possibly even a post-graduate education, deferring a child’s emancipation and extending a duty to support in the process.

New Jersey courts have routinely rejected arguments that attempted to equate a child reaching the age of 18 with automatic emancipation per se. Div. of Social Services v. C.R., 316 N.J. Super. 600 (Ch. Div. 1998) (a child who reaches the age of majority is not “automatically” emancipated); Patetta v. Patetta, 358 N.J. Super. 90 (App. Div. 2003) (no specific age equates to emancipation of the child); Dolce v. Dolce, 383 N.J. Super. 11 (App. Div. 2006) (Emancipation, the conclusion of the fundamental dependent relationship between parent and child, is not a self-executing principle and does not occur autmoatically simply by reason of the dependent child reaching the age of majority). In determining when a child’s right to parental support ends, the issue is whether the child has moved beyond the sphere of influence and responsibility exercised by a parent and obtained an independent status of his or her own, a determination which involves a critical evaluation of the prevailing circumstances including the child’s needs, interests and independent resources, the family’s reasonable expectations and the parties’ financial ability, among other things. Filippone v. Lee, 304 N.J. Super. 301 (App. Div. 1997).

New Jersey’s lawmakers recently passed a bill (S1046/A2721) by an overwhelming majority vote of 31-2 vote in the summer of 2015 state Senate, and in the New Jersey Assembly on December 17, 2015, by a unanimous vote, 68-0, with one abstention. The bill provides for automatic termination of child support upon a child’s reaching the age of nineteen, with some exceptions. It awaits only the signature of Governor Christie to become law. Until now, there has been no presumption of termination at a specific age. The burden has been on the parent seeking termination of child support to prove that a child is emancipated.  It should be noted that until Governor Chris Christie signs the bill, a child support obligor is still required to file an application for each child’s emancipation, when the parent believes termination of the child support obligation is warranted.

(1)   another age for the termination of the obligation to pay child support is specified in a court order;

(2)  the parents of the child consent and the court approves the continuation of support until another predetermined date; or

The law would further provide that a parent or child may petition the family court to continue child support beyond the age of 19 for the child in the following circumstances:

(1)  the child is still enrolled in high school or other secondary educational program;

(2) the child is participating full-time in a post-secondary education program;

(3) the child has a physical or mental disability that existed prior to the child reaching the age of 19 and requires continued support; or

(4) other exceptional circumstances as may be approved by the court