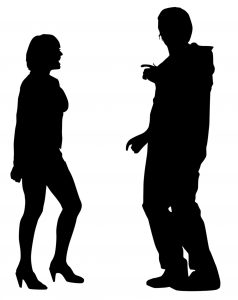 Summer is the time for: sea breezes, mountain air, trips to the museums with the kids in tow, and . . . domestic violence.  Statistically, domestic violence increases during summer months.  This rise is probably because there are a number of holidays in the summer months, and people take time off. There is something to be said about the old adage about idle hand and the devil. Here are some pointers about New Jersey’s approach to domestic violence.

Domestic Violence is a civil not criminal proceeding in which certain criminal acts perpetrated on a protected class of adult familiars results in the arrest and the entry of civil restraints including, no contact with the victim and removal from the home.

Once the domestic violence complaint is prepared a Judge will review it and may ask the victim some questions.  This may be done by telephone with a municipal court judge at police headquarters.   If there were visible marks demonstrating violence, a victim will likely be granted a TRO ( Temporary Restraining Order).  That does not mean, however, that a TRO will not be granted if there are no physical marks; some forms of domestic violence are verbal such as stalking, harassment or terroristic threats.

If a victim is granted a TRO the court will schedule a hearing within ten (10) days in order to determine whether to issue a final restraining order (FRO). The police will also be directed to collect any firearms and weapons contained in the home or in the possession or control of the accused. Even if a victim is not granted a FRO, there will be a separate proceeding to determine if the accused is entitled to a return of weapons.

At the Final domestic violence hearing, the victim will testify as to what happened during the predicate act, which was the most recent incident of domestic violence that lead the victom to seek a restraining order, and will also testify about any history of domestic violence between the victim and the accused.  The police officers and any other witnesses may testify as well.   In order to compel a police officer to appear at final hearing, a subpoena needs to be served upon the officer; the police will not appear voluntarily. If the victim has other witnesses and they agree to testify but do not appear the victim will not be permitted to adjourn the matter to a new date unless the witness is subpoenaed. If the witness is subpoenaed but still does not appear, there will likely be consequences to the victim fro failure to appear, and the ability to call that person as a witness will be protected.

The accused will also be given the opportunity to testify and present witnesses. Sometimes, the act of domestic violence results in a criminal complaint against the accused. Some of those complaints may be felonies, so the accused may elect not to testify at the final restraining order hearing and assert a constitutional Fifth Amendment right against self-incrimination. The assertion of the Fifth amendment in a civil proceeding can result in the court drawing a negative inference, meaning the act of asserting the Fifth would constitute some evidence that domestic violence was committed.

After the hearing, if the victim is granted a Final Restraining Order (FRO), the Order will prohibit the defendant from contacting the victim at home, and at work.  If the parties have children, the order will set forth conditions under which the defendant can have contact with the children.  Since there is a presumption in the law that people who commit domestic violence are likely to be abusive to children, if requested a court may grant a risk assessment to determine if the violent actor is a threat to the children.

The consequences to a defendant against whom a final restraining order is entered are severe. A person who is found  to have committed domestic violence, who holds a professional license in New Jersey (such as doctors, lawyers etc.) risk suspension or revocation of that license. The defendant is also put into a data bank of Domestic Violence offenders. This data bank is accessible at airports and by law enforcement. It may affect the defendant if he/she travels. If the defendant is employed in law enforcement, it is likely that the defendant will lose his or her job given that he/she cannot access firearms due to having committed acts of domestic violence.

The violation of a final domestic violence restraining order is a serious crime which could result in a defendant’s incarceration if the order is not complied with.   The defendant who is accused of violating the final restraining order could be arrested at home or work.

New Jersey’s Prevention of Domestic Violence statute really is a powerful tool designed to protect victims who are in danger of harm.  It is not, however, designed or intended to stop parties from getting into angry disagreements, to stop couples from bickering, or to alleviate stress or discomfort during a divorce.   It is a shield, not a weapon.  It is a powerful tool with significant consequences and should be treated seriously as such.

If you have any concerns with regard to domestic violence as a victim or as an accused, the law office of James P. Yudes, A Professional Corporation is here to help you.