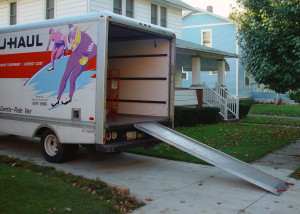 New Jersey’s removal statute, N.J.S.A. 9:2-4, bars a parent from permanent relocating a child from the State of New Jersey without the other parent’s consent or the permission of the court.   In a previous 2013 blog, my colleague, Daniel Burton, Esq., discussed at length the standard created under our case law when a custodial parent seeks to move out of New Jersey with a child and the noncustodial parent objects. The present leading case on relocation is  Baures v. Lewis, 167 N.J. 91 (2001), in which the New Jersey Supreme Court listed 12 factors for court to consider when deciding applications for a parent to relocate a child from New Jersey. The Baures decision created a relatively low burden for the custodial parent seeking to relocate with a child by requiring that parent to demonstrate by a preponderance of the evidence that the he or she has a “good faith” basis to move, and that the move would not be harmful to the child.

In November, 2015, the New Jersey Legislature proposed new legislation regarding relocation which would be called the New Jersey Relocation of Children Act, stating that the purpose of this new statute would be to create a focus that was more on the best interest of the child rather than on whether the relocation would harm the child, than on whether a relocation is harmful to the child.  This statute would require that a parent seeking to relocate with a child from New Jersey file an application with the family court if the noncustodial parent does not consent to the child being relocated.  Until permission is granted by the Court, the child must remain living in New Jersey.  The custodial parent’s application must state the reasons for the request to relocate, as well as a proposed revised parenting schedule for the child and the other parent.   That parent bears the burden of proof by a preponderance of evidence to show that the child’s relocation from New Jersey is in the best interest of that child and that it will not unreasonably adversely impact the relationship between the child and the non-relocating parent.

Pursuant to this legislation, if the non-relocating parent were to object to the relocation or to the proposed new parenting plan, that parent may file a cross application to object, but must specify the reasons for the objections. 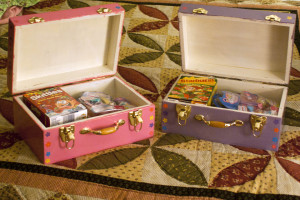 1.     The right of the child to maintain personal relations and direct contact with both parents on a regular basis in a manner consistent with the child’s development, unless that contact is contrary to the child’s best interest;

2.     The views of the child on relocation if the child is of appropriate age and maturity;

3.     The parties’ proposals for the practical arrangements for relocation, including accommodation, schooling and employment;

4.     The reasons for seeking or opposing relocation.

5.     Any history of domestic violence or abuse, whether physical or psychological;

6.    The history of the family and, in particular, the continuity and quality of past and current care and contact arrangements, including any prior relocation;

8.    The impact of granting or refusing relocation of the child, paying particular attention to the child’s extended family, education and social life;

9.     The nature of the inter-parental relationships and the commitment of the applicant to support and facilitate the relationship between the child and the noncustodial parent after relocation;

10.     Whether the parties’ proposals for parenting time after relocation are realistic, with particular attention given to the cost to the family and the burden to the child;

11.     The enforceability of parenting time provisions ordered as a condition of relocation in the state of destination;

12.     The issues of mobility for family members, both seeking and opposing relocation;

13.     The economic impact of relocation on both parents;

14.     Any special mental, medical or educational needs of the child and the likelihood that those needs can be met at the same or better level in the state of destination than in the State of New Jersey;

15.   Any other factor the court deems relevant.

The statute would allow the court to choose from the following options when rendering a decision:

1.     Permit or prohibit the removal on a temporary or permanent basis after the completion of a fact finding hearing.

2.     Authorize the return of a child who was wrongfully removed from New Jersey;

4.     Order either party to provide reasonable security at the court’s discretion to ensure the return of the child.

5.     Allocate reasonable actual or projected costs incurred by the noncustodial parent to exercise parenting time with the child;

7.     Appointment of an expert if appropriate;

9.     Award other relief that the court might deem equitable in the circumstances.

This statute is likely to be passed.   It is supported by the legal bar.   The statute adopts a somewhat earlier standard prior to Baures due to its focus on the best interest of the child.   The Baures Court seemed to create a lower standard requiring that the custodial parent merely show a “good faith” reason to relocate and that the relocate would not harm the child based on the view that the child’s interest would be served by the happiness of the custodial parent.  This statute backs away from that presumption and returns to the higher standard of requiring that the custodial parent demonstrate that the relocation is best for the child.  The new standard would, however, give the family court significant discretion and the ability to consider applications on case-by-case basis and determine a result tailored to the individual case.  This may result in more fairness to both parties than Baures may have allowed to both parties and to children.

If you have concerns with regard to child relocation, the lawyers at the office of James P. Yudes, P.C., are able to help you with such issues.