While the U.S. Supreme Court has declared that same sex marriage is now legal all across the country, the states are still addressing with the newly accepted concept of a family in other contexts as 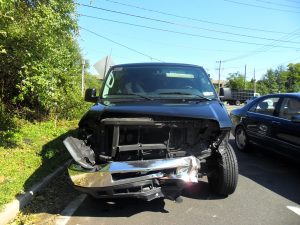 well.  This is demonstrated in the recent published opinion of the Appellate Division in Moreland v. Parks, A-4754-16, which was decided on August 17, 2018.   In this matter, Valerie Benning and I’Asia Moreland were a same sex couple.  Ms. Benning was living with Ms. Moreland and her two children, along with Ms. Benning’s godson.  After leaving a Disney on Ice show at the Sun Bank Arts Center in Trenton, the couple witnessed a pick-up truck hit Ms. Moreland’s two year old daughter, I’Maya, and kill her.    Ms. Moreland and Ms. Benning were not married.   Ms. Benning and Ms. Moreland filed a civil suit, which included a count by Ms. Benning for bystander negligent infliction of emotional distress.  The trial court dismissed Ms. Benning’s claim for bystander negligent infliction of emotional distress on the basis that she did not present enough evidence of an “intimate familial relationship” with the the child to bring a claim under Portee v. Jaffee, 84 N.J. 88 (1980).

Ms. Benning was not married to Ms. Moreland, who was I’Maya’s mother.  Ms. Benning was not biologically related to I’Maya, nor did she have custodial rights.  She began dating Ms. Moreland in 2007 and began to live with Ms. Moreland and her children in 2008.   Within a few months, both of Ms. Moreland’s children began referring to Ms. Benning as “Mom”.   I’Maya was killed in 2009.  Ms. Benning and Ms. Moreland became engaged in 2011 and they married in 2014.   A psychologist who evaluated Ms. Moreland’s son, I’Zhir, noted that he considered Ms. Benning and her godson members of his family, and that he felt safest when with his two mothers and his grandmother.   Two year old I’Maya was holding Ms. Benning’s hand in January, 2009 to cross the street when she was struck by the truck and killed.  Ms. Benning’s godson’s legs and ankles were broken in the accident as well.   In the ambulance after the incident, Ms. Benning was able to describe to the paramedics I’Maya’s medical history. I’Zhir told hospital staff that he had two mothers.   Ms. Benning was so distraught when told of I’Maya’s death that the hospital had to put her in restraints.  Benning helped pay for I’Maya’s funeral and borrowed money from her family to help pay for it.

The trial court referred to Ms. Benning and Ms. Moreland as lovers, but found that the case of Portee v. Jaffee requires a showing of an intimate family relationship, not merely an intimate relationship.   The trial judge rejected the contention that Ms. Benning was a psychological parent to I’Maya.  The trial judge noted that in the case of Dunphy v. Gregor, 136 N.J. 99 (1994), a decedent’s fiance was permitted to bring a claim for bystander negligent infliction of emotional distress.  However, the trial judge distinguished this matter because Ms. Moreland and Ms. Benning had not been engaged at the time of the I’Maya’s death, and he found no evidence of a permanent bond between them or one that was “deep, lasting and genuinely intimate.”

The Appellate Division, at the direction of the Supreme Court of New Jersey, address the sole question of whether Ms. Moreland was within the class of litigants entitled to bring a civil action against defendants under the tort of negligent infliction of emotional distress, relying on Portee v. Jaffee.  In Portee, a mother watched as her 7 year old son struggle for hours as workers tried to rescue him as he was trapped between an elevator’s outer doors and the elevator shaft, before he ultimately died.   The Supreme Court created the tort of negligent infliction of emotional distress to permit a limited class of litigants the right to seek compensation for the residual emotional and psychic trauma caused by the tortfeasor’s negligence.  Portee requires (1) the death or serious physical injury of another caused by defendant’s negligence; (2) a marital or intimate, familial relationship between plaintiff and the injured person; (3) observation of the death or injury at the
scene of the accident; and (4) resulting severe emotional distress.

In this case, the Appellate Division examined whether Ms. Benning had an intimate, familial relationship with two year old I’Maya.  The Appellate Division noted that notion of what a “family” is has expanded since Portee was decided in 1980.  At that time,  same sex couples were shunned, but today the Court acknowledged that most people reject that bigotry, and the United States Supreme Court and the New Jersey Supreme Court grant same sex couples legal equality and the right to marry and have children.   In Dunphy v. Gregor, the plaintiff witnessed her fiance die while helping a friend change a tire on Route 80.  The  majority opinion of the Supreme Court rejected the idea that marriage was required for there to be an intimate, familial relationship to seek damages for negligent infliction of emotional distress.  Rather, the Supreme Court stated that the focus should be on  (1) the duration of the relationship; (2) the degree of mutual dependence; (3) the extent of common contributions to a life together; (4) the extent and quality of shared experience; and (5) whether the plaintiff and the decedent (or seriously injured person) “were members of the same household, their emotional reliance on each other, the particulars of their day to day relationship, and the manner in which they related to each other in attending to life’s mundane requirements.”

The Appellate Division found that the trial court had improperly dismissed Ms. Benning’s claim because a jury could find that she had an intimate, familial relationship with the child at the time of I’Maya’s death.  She and Ms. Moreland had cohabited for 17 months, and shared responsibility for caring for the children.  A jury could find that Ms. Benning was as affected by I’Maya’s death as the child’s biological mother.

This case is significant to more than this lawsuit, but demonstrates the growing recognition of and acceptance of same sex couples as a family in the eyes of the courts of this state.