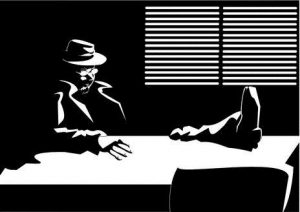 ss some of these circumstances, as well as some practical and legal considerations affecting the use of private investigators.

Again, the most common reason why a party would consider hiring a private investigator is to determine whether his or her spouse was having an affair. Before the advent of “no-fault” divorces and/or allowing for a divorce on the grounds of irreconcilable differences, some sort of “marital fault” had to be established in order to obtain a divorce in New Jersey. Besides the catch-all “extreme cruelty” grounds, the most common fault was a claim of adultery. Proof of such adultery was normally established through surveillance undertaken by a private investigator hired by a suspecting spouse or his/her attorney. In years past, proof of a spouse’s adultery, particularly if it was open and notorious, had the potential of impacting how a court decided financial issues in a divorce case, most notably, spousal support. There was potential economic value in establishing a claim of adultery justifying the cost of hiring a private investigator to do so. However, with the amendment of the divorce laws in the late 70’s and early 80’s, along with a diminished stigma of divorce and import of the reasons for a divorce leading to the passage of no-fault grounds such as separation and irreconcilable differences, the economic utility of establishing adultery diminished. Marital fault had to be “egregious” or have a negative effect upon the economic status of the parties to be considered, as our Supreme Court ruled in Mani v. Mani, 183 N.J. 70 (2005).

Until recently, there may have been other reasons why someone would want to know whether their spouse was cheating, whether they be emotional reasons, confirmation that one’s marriage is dead or at least on life support, or child-related concerns warranting retaining a private investigator for that purpose; however, achieving an actual economic advantage was usually not one of them. However, the recently amended alimony statute seemed to revive marital fault as an element to be considered in determining an award of alimony. Pursuant to N.J.S.A 2A:34-23(g) “in all actions for divorce or dissolution other than those where judgment is granted solely on the grounds of separation, the Court may consider also the proofs made in establishing such ground in determining an amount of alimony or maintenance that is fit, reasonable and just.” Furthermore, subsection (i) also provides “nothing in this subsection shall be construed to limit the authority of the Court to deny alimony for other bad acts.” While it is unclear to what extent courts will give weight to “marital fault”, including adultery, in fashioning alimony awards, it certainly appears to be an issue back on the table, providing incentive to consider hiring a private investigator where a suspicion of adultery exists, as opposed to the recent past.

Besides hiring a private investigator to surveil or conduct other forms of investigation as to whether a spouse might be engaged in an adulterous relationship, the amended alimony statute also provides reasons to consider retaining a private investigator to determine whether an ex-spouse who may be receiving alimony is engaged in a cohabitation relationship. This amended alimony statute recognizes cohabitation as a basis upon which alimony may be suspended or terminated, and setting forth numerous factors beyond simply whether those persons are living together that are to be considered in determining whether a cohabitation relationship exists, with focus on the nature of the relationship itself, including whether they have “undertaken duties and privileges that are commonly associated with marriage or civil union, but does not necessarily maintain a single common household.” N.J.S.A. 2A:34-23(n). Hence, beyond hiring a private investigator to conduct surveillance of how much they may be spending time together, observations of their interactions and activities, performance of household chores, social and family interactions, etc. may be crucial. In certain circumstances, obtaining statements from third parties, such as neighbors, frequently visited shop owners, business associates and the like (as opposed to family and friends) may also be valuable to determine the nature of the relationship.

There are other sets of circumstances where one may want to consider retaining a private investigator to garner information or proofs, whether through surveillance or otherwise, to aid in the preparation of a matrimonial case. If there are children involved and there are issues concerning custody and parenting time, one may consider retaining a private investigator in order to address possible concerns of parental fitness. For example, concerns over what type of environment or persons the children are being exposed to while in the custody or care of a parent. Are the children being exposed to persons of questionable character? Are the children being exposed to dangerous, unsafe or questionable environments during their parent’s exercise of custody and parenting time? Is there a concern that a parent may be abusing alcohol or drugs? Besides child-related concerns, there may be economic concerns that justify retaining the services of a private investigator. Is there a possibility that a spouse may be dissipating marital assets? Are they frequenting casinos or other gambling establishments? Besides the import of an affair itself, is a cheating spouse lavishing expensive trips, jewelry purchases, etc. on their paramour under the guise of “business trips?” What if there are questions or concerns about a spouse’s business or business activities? A private investigator can be retained to surveil that spouse’s business activities, for example, following the spouse or workers to various jobs to see the level of activity, to monitor the number of customers or deliveries, or even in some instances, going so far as to get inside the business under the guise of being a potential customer or supplier. Such efforts may assist in refuting a spouse’s claims of diminished income or business or the value thereof.

One may also want to retain a private investigator in order to effectuate service of process upon a party or other witness where they might be recalcitrant, hostile or difficult to locate or pin down.

In years past, many private investigators advertised their ability to do asset searches or conduct criminal background checks, however, the internet has rendered the need for many of these services obsolete. Before hiring a private investigator to do these types of searches, you should inquire of them exactly what sorts of databases they would be accessing and the extent to which they may have access to certain databases or have proprietary search tools that may make their services worthwhile as opposed to doing it yourself. Cost may also be a consideration, as usually a private investigator may do these types of searches on a flat fee basis, which may end up being much less than the time expended by an attorney or staff to do so. The only exception may be in regards to criminal background checks, as a private investigator may have access to databases that may not be publicly accessible.

When we talk about private investigators, we normally think about personal, video or photographic surveillance. What about electronic surveillance, mainly the use of GPS tracking devices to monitor a person’s activities or whereabouts? Many private investigators will advertise these services, however, be aware that there are legal considerations before pursuing this course of action. Can a GPS tracking device be put on a spouse’s car? In the case of Villanova v. Innovative Inv., 420 N.J. Super 353 (App. Div. 2011), the answer appears to be yes but with certain conditions and qualifications, the most important of which is that the person seeking to conduct the electronic tracking must have an ownership interest in the vehicle that is to be tracked.  In a nutshell, the consensus seems to be that there is nothing wrong with tracking one’s own car, even if it is being operated by another. The Villanova case arose out of a matrimonial dispute, but was actually an invasion of privacy civil lawsuit brought against the detective agency.  In upholding the dismissal of that suit, the Appellate Division noted that the private investigator’s placement of the GPS unit in the vehicle did not intrude upon the person’s solitude and seclusion, and thus did not amount to the tort of invasion of privacy, absent any showing that the vehicle had been driven into a private or secluded location that was out of public view and in which there may have been a legitimate expectation of privacy. Although not addressed by the Court, if the vehicle had been tracked to a private, non-public area, could that information be used or disclosed?

Another legal consideration in retaining the services of a private investigator is the extent to which their services may be discoverable. Generally, our Courts have held that a private investigator is considered an agent of a party’s counsel, hence, the attorney-client privilege has been held to include confidential communications of private investigators acting on behalf of counsel for the party. State v. Davis, 116 N.J. 341 (1989); State v. Tapia, 113 N.J. Super 322 (App. Div. 1971)  Besides the attorney-client privilege, the work of a private investigator often falls within the ambit of trial and/or case preparation and as such, they may also be deemed protected and confidential under the work-product privilege of R.4:10-2. In the case of Torraco v. Torraco, 236 N.J. Super 500 (Ch. Div. 1989), the Court was confronted with an application to compel discovery, including leave to depose the detective hired by the plaintiff’s attorney. While the Court directed that certain documents obtained by the detective be turned over, it declined to allow the detective to be deposed, considering the investigator’s work privileged and protected by the work-product rule and as being an agent of a plaintiff’s attorney protected by the privileges of confidentiality. Obviously, if a private investigator is intended to be called as a witness, for example to testify as to the outcome of his surveillance, and had issued a report therefore, the object of that report would likely be discoverable.

Besides specific services such as asset searches or criminal background checks, private investigators are generally compensated based upon their time and expenses. They bill for their time at an hourly rate, generally between $50 and $100 per hour, although some may charge more, depending upon the experience of the investigator or the nature of the work to be performed. Most private investigators will require some sort of retainer fee up front based upon a minimum estimate of the time the requested task may take. Besides their hourly rate, most private investigators also charge for any expenses incurred by them for the service, including things such as mileage, video and photographic charges and other out-of-pocket costs. Depending upon the issues involved and the extent of proofs necessary, a private investigator’s fees can be expensive. A legally useful surveillance can involve days or weeks, potentially adding up to tens-of-thousands of dollars. As with most decisions in the handling of matrimonial matters when time and money is involved, one has to assess the cost-benefit analysis of pursuing a course of action whether it is the retaining of a private investigator, the retaining of experts, the taking of depositions, etc. and their impact and value upon the determination of the issues involved.

The bottom line is that the use of private investigators can be a valuable tool in a divorce case and should certainly be considered where the facts and circumstances warrant.