At the end of 2017, Congress passed the long awaited Tax Cuts and Jobs Act of 2017, which was a sweeping tax reform act that broadly 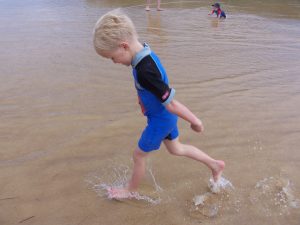 amended the Internal Revenue Code of 1986.  Tax rates were lowered in general for businesses.  As for individuals, the tax code may be more simplified as the standard deduction and family tax credits were increased, while most personal exemptions were eliminated.  New Jerseyans may have heard and may be disappointed by limiting deductions  for state and local income taxes and property taxes (capped at $10,000), and limiting the deduction for mortgage interest.   For individuals receiving income through pass through entities (ie. partnerships and S-Corporations whose owners individually pay taxes on the business income) the new tax law reduces pass through taxes with a 20% deduction after which a lower tax rate will be applied.

At the end of 2017, James P. Yudes, Esq. wrote in his blog about the anticipated impact of the new tax law on divorcing couples.  What about the impact on children and children of divorcing or separating couples?

Still available to children of divorced or separated parents and children of parents in intact households, the new tax law doubles the child tax credit from $1,000 to $2,000 and adds a $500 credit for other dependents that that are not qualifying children which did not exist before.

The new tax law has implications for the education of children as well.  No changes were made to major education deductions and credits, and school teachers can still deduct $250 of unreimbursed classroom expenses. Contributions to 529 savings plans still allow income to grow tax free are remain a useful tool to save for college. Section 529 tuition savings can now be used for limited distributions of up to $10,000 per year for tuition for children attending a private or religious elementary or high school (but cannot be used for home schooling).

Effective for divorce and separation agreements signed after December 31, 2018 alimony will no longer be taxable to the recipient or tax deductible to the paying spouse.  If the recipient spouse is also the custodial parent, this may have the benefit of shifting more of the tax burden to the paying spouse, and may increase tax revenues to the government as the paying spouse may be in a higher tax bracket than the recipient spouse.  Lower tax rates may improve the lives of children by giving their parents more after tax income.  However, removing the tax deductibility of alimony to the paying spouse, however, may eliminate some incentive for the paying spouse to pay alimony or a higher level of alimony, which could have the result of putting less money into the pocket of a supported spouse with custody of children.  Divorce or separation agreements which are modified after December 31, 2018 are subject to the new tax law if the agreement expressly state that amendments made under the 2017 Tax Cuts and Jobs Act apply to the modification.

As for divorcing or separating parents, most child support orders are based on the application of the Child Support Guidelines established by the Supreme Court of New Jersey.  The current Child Support Guidelines, however, still have not incorporated the new substantial changes to the tax code and are not yet updated.  Until they are, the Guidelines’ withholding tables are not accurately reflecting tax liabilities because they are based on 2017 withholding rates.  For instance, individuals with pass through income are to be taxed at lower rates.  W-2 wage earners may have less money withheld from their pay, but may ultimately owe taxes when they file income tax returns.  Modifications to the Child Support Guidelines may some how have to distinguish between the income of W-2 wage earners versus the income of individuals with pass through income, who will receive that additional 20% deduction.

Due to the broad, sweeping nature of this new tax law, this is likely not the first blog on this issue, and the change in the tax law will undoubtedly lead the courts to render legal decisions as the courts and legal system incorporate these significant changes.   Is previously stated, in addition to consulting your tax professional, the law office of James P. Yudes, P.C. is happy to offer advice and assistance as to the legal implications of your divorce or separation.