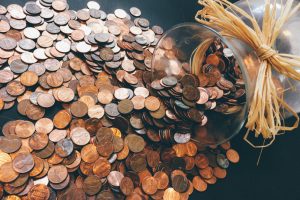 Two key elements of such an application is proof that the couple hold themselves out in the community as a committed couple; the other is evidence of economic dependency. Under our case law before you can compel the payee to divulge the inner working and economic underpinnings of their relationship, the applicant ( payer) must establish a prima facie case. A prima facie case is one in which the court must consider the proofs as presented without regard to defenses offered by the payee. The idea being that if the recipient is not required to provide evidence until the provider proves a rudimentary case they should not be permitted to use the right to avoid giving evidence as both a sword and a shield. Meaning they should not be permitted to give just enough information to cast doubt on the application without full disclosure.

The COVID defense is one of those half defenses that this year is being offered to explain cohabitation as not really a sign of a quasi-marital relationship but rather one of pandemic necessity. COVID may play a role in a court’s judicious weighing

of all proofs regarding an application for relief based on cohabitation; however, it should not be used as a sword by a payee to avoid discovery and proper review. Certainly, COVID creates special opportunities for people in relationships to live together. When that happens, a payer should be entitled to explore the impact that change in living arrangement has on their obligation to pay support. Our law is based on the predicate that alimony is neither a right or an open-ended obligation. It is rather need based and predicated on the proposition that the support spouse has no one else to look to for their economic short fall and is not using those funds to fund the economic short fall of another. Certainly, COVID-based cohabitation may expose long-standing quasi martial relationships which are often difficult to uncover to the payer. Discovery could disclose that entwined finances and public recognition of the relationship is long-standing. It could disclose that COVID facilitated a decision that was long debated. It would certainly establish the economic benefits of nesting and establish what if any remedy is appropriate in light of all the facts.