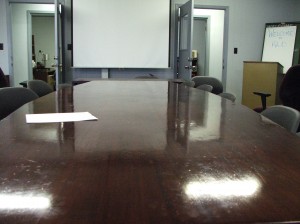 Most of us have watched the opening scene of the 2005 summer comedy, “Wedding Crashers”, where John Beckwith, played by Owen Wilson, and Jeremy Grey, played Vince Vaughn, serve as mediators in an acrimonious divorce between the equally recalcitrant  Mrs. Kroeger, played by Rebecca De Mornay, and Mr. Kroeger, played by Dwight Yoakam. Nine years after moviegoers were treated to one of the funniest incidents of  alternative dispute resolution ever depicted in film, last week the New Jersey Senate Budget and Appropriations Committee unanimously passed The Family Collaborative Law Act, S1224, which will now go to the full Senate.  New Jersey would become the eighth state that would statutorily recognize such a process. Other states  that do so include Alabama, Florida, Hawaii, Nevada, Ohio, Texas, Utah, Washington and the District of Columbia.

(1) gives notice to other parties in a record that the process is ended, which party may do with or without cause; or

(2) files a document without the agreement of all parties that initiates a proceeding related to a family law dispute ; or

(4) an action is commenced requesting that a tribunal issue emergency relief to protect the health, safety, welfare, or interests of a party or the defense against such a request is commenced; or

(5) except as otherwise provided by section 8 of P.L. , c. (C. ) (pending before the Legislature as this bill), a party  discharges a collaborative family lawyer; or

(6) a party fails to provide information pursuant to  9 of P.L. , c. (C. ) (pending before the Legislature as this bill), that is necessary to address the issue in dispute, and one of the parties chooses to terminate the collaborative law process as a result; or

(7) a collaborative family lawyer ceases further representation of a party.

Currently, if mediation or arbitration fails for any reason,communications made during the mediation/arbitration remain confidential, but both parties can litigate using their same attorneys from the mediation/arbitration. Benjamin Franklin is said to have coined the phrase: “Time is money,” and the loss of one’s counsel after the breakdown of collaborative law process has the potential to be financially devastating to one or both litigants.  I am also reminded of a  quote that President Abraham Lincoln used this same month 150 years ago in reply to a Delegation from the National Union League who were urging him to be their presidential candidate when he was seeking election of second term in the midst of civil war.  President Lincoln responded to the crowd by saying that “it was not best to swap horses when crossing streams.” Much like a stream,  a divorce can have many changing currents. The dissolution of a marriage is undoubtedly an emotionally charged time for the parties involved whether the issues involve the parties’ finances or the custody of the children. The selection of the right counsel when navigating these troubled  waters may be one of most important decision of someone’s lifetime.  The experienced attorneys at James P. Yudes, P.C. are here to assist you in this regard.