For most people going through a divorce, their interests in real estate are often the primary assets that need to be divided. Whether it is the marital home, a vacation property, or commercial real estate, most litigants question how they are addressed in a divorce. Like all other assets acquired during the marriage, the law requires that they first be identified and then valued, after which the court (or the parties by Agreement) can effectuate their “ equitable distribution”. However, dealing with real estate in divorce has become more challenging given the ever-changing market. This blog post will attempt to briefly address some of these issues. 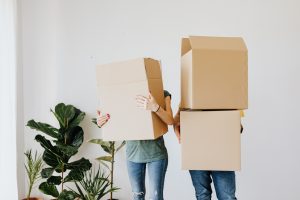 Once marital real estate assets have been identified, they need to be valued. Often the parties may decide that they want to simply sell the real estate and divide any “net proceeds” in some fashion. In this case, the property may not need to be valued as the market itself will establish its “value” when it is sold. However, in other instances, real estate may not get sold either because one or both parties want to retain it (i.e. the marital home) or it may not be amenable to be sold ( i.e. commercial property housing a business). In these instances, its value will need to be established by way of appraisal done by a professional real estate appraiser. Sometimes to save the cost of an appraisal, the parties may go to a local realtor for a CMA or Comparative Market Analysis. This is not the same thing as an appraisal but is usually just an estimate based upon recent listings or sales in the area to support a possible listing price. Hence, courts generally do not accept CMA’s as proof of value. That is not to say that parties may also attempt to“stipulate” or agree as to a property’s value, but in today’s market that can be a challenging task. And frequently parties have different motivations concerning the disposition of the property which may lead them to either want to minimize or maximize its value in a case. While parties may also secure competing appraisals, discrepancies are usually small and generally reconciled between the appraisers or during discovery or at trial.