President-Elect Biden has stated that he would undo President Trump’s tax reforms if he is elected. From an individual’s viewpoint, those reforms included placing limits on mortgage deductions as well as state and local taxes such as real estate taxes. The 2017 tax cuts nearly double the standard deduction and eliminated the personal and dependent deduction but allowed the child tax credit to remain. The act is scheduled to expire in 2025 but there is little doubt the in a Biden presidency there will be some tinkering with taxes. Certainly, there will be an increase in personal taxes for the “wealthy” which the Democrats seem to define as those earning over four hundred thousand dollars ( $400,000) a year. Coupled with a rise in taxes for upper-income individuals is a concern of what happens to alimony in the Biden Presidency. The 2017 Tax Cuts and Jobs Act eliminated the deductibility of alimony for new awards dated after January 1, 2019. Subsequent to January 1 new alimony awards are no longer deductible by the payor or taxable to the payee. Current federal tax rates for single and married filers (married filing jointly) are as follows : 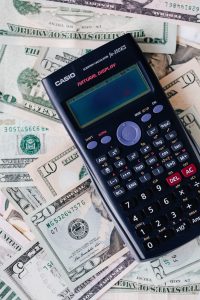 It is easy to see how traditional household profited from filing jointly; single taxpayers, in general, pay about double the tax. If Biden restructures the tax rates for those earning over $400,000 does that mean single filers or joint filers? If the philosophy of the 2017 tax reform follows through this could mean that single individuals earning more than $200,000 and married couples earning more than 400,000 could be subject to this new higher top tax bracket. It also seems clear regardless of whether this new top tax bracket applies to single or joint payers that all the brackets will need to be realigned meaning there could be higher taxes for lower brackets as well. This change in tax bracket would give families in transition a real advantage if alimony regained its deductibility however if the Biden tax reform preserves the none deductibility of alimony one needs to rethink alimony awards in an increasing tax environment. Many proponents of the rule of thumb for computing alimony post the 2017 act opined that 25% of gross income was a fair award of none taxable alimony as fair. This one size fits all philosophy has never been sanctioned
by our courts and makes very little sense. It makes less sense as more federal tax brackets are instituted with high-income earners facing effective tax rates for federal and local taxes of 50% or
more. Some high earners still have protection from the full brunt of federal tax rates others are not so lucky.

This year offers some real challenges in predicting the direction of the Federal Government where huge deficits will clearly trigger the need for tax reform and the collection of historic new taxes. Divorce planning needs to consider this. It is not only income that is in the sights of the new administration but some serious Democratic Leaders have proposed a yearly tax on assets to fund COVID-19 relief. We do not know what this might look like but Senator Sanders proposed, as did Elizabeth Warren, an annual tax on the assets of the wealthy of one percent a year (1%). It is unclear what is the line of demarcation for “the wealthy” but if an income of $400,000 a year is defined as wealthy this is the top 1.8% of American wage earners.

This yearly property tax could hit a lot of households and should affect your divorce planning. Much of Europe has a tax on assets so the concept is not novel and when you consider that 90% of American Households have a negative net worth and only 12% of households have a net worth over $1,000,000 it is easy to see how from a political perspective, assets as a target for tax reform that would be attractive to a Democratic Voter base. The point is that we are moving in a new direction when it comes to tax philosophy when it comes to taxes for the next four years. Where we are and where we might go must be considered.