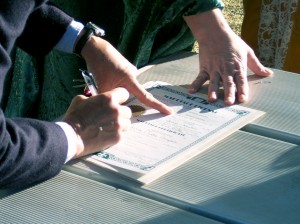 It is not always commonplace for case law in the State of New Jersey to come down in quick succession that will totally change the landscape of an area of law.  However, that is just what has happened with regards to Alternative Dispute Resolution (ADR) thanks to the recent decisions handed down by the Supreme Court of New Jersey and the Appellate Division in the past two (2) months.  Strong messages were delivered by the courts of this State as it relates to ADR and the procedures they are to follow.  Undoubtedly these two (2) recent decisions will have a lasting impact on the ADR landscape moving forward.

On August 15, 2013, the Supreme Court issued its decision in Willingboro Mall Ltd v 240242 Franklin Ave LLC, which held that  the mediation communication privilege can be waived and that a settlement agreement resulting from mediation is required to be memorialized in a writing to be enforceable.  The relevant facts are as follows: The underlying litigation in this matter concerned a dispute of the terms and provisions of a commercial sale of property.  The parties agreed to enter mediation, however, the mediation itself became the dispute after an alleged oral agreement was reached between the parties.  Mediation took place before a retired Superior Court judge over the course of several hours and terms of settlement were discussed between the mediator and both parties.  During said mediation, terms and provisions for the settlement of the case were orally accepted by an individual on behalf of the plaintiffs, however, the terms of the settlement were never reduced to writing before the close of the mediation session.  Subsequently, after the trial court judge had been notified that the case was “successfully settled,” the plaintiffs notified the defendants that they rejected the settlement offer, contrary to the prior oral acceptance.  The defendants filed a motion to enforce the oral settlement agreement established at mediation, which was ultimately scheduled for a hearing with discovery ordered from both sides.  At the hearing, the trial court ultimately determined that the plaintiffs had waived the mediation communication privilege and the proceeding concluded with the trial court’s finding that a settlement agreement was reached.  An appeal was filed and the Appellate Division affirmed the trial court’s decision.  The Supreme Court granted petition for certification.

The Supreme Court affirmed the Appellate Division’s decision that a settlement agreement had been reached at mediation, despite the fact that the terms and provisions were not reduced to writing prior to the initial mediation session coming to a close, based primarily on the fact that the plaintiffs, early in the proceedings, did not seek to bar enforcement of the settlement based upon the lack of a signed written agreement.  The Supreme Court relied upon R. 1:40–4(i), N.J.R.E. 519, and N.J.S.A. 2A:23C-1 through 23C-13 when ruling that if parties to mediation reach an agreement to resolve their dispute, the terms of that settlement must be reduced to writing and signed by the parties before the mediation comes to a close.  However, the Supreme Court acknowledged that “”in those cases in which the complexity of the settlement terms cannot be drafted by the time the mediation session was expected to have ended, the mediation session should be continued for a brief but reasonable period of time to allow for the signing of the settlement.”  Although, the Supreme Court does offer this warning, “To be clear, going forward, a settlement that is reached at mediation but not reduced to a signed written agreement will not be enforceable.”  Ultimately, the settlement agreement was upheld based upon the record that included certifications and testimony from the individuals involved with and present at the mediation whose communications were not prohibited from consideration thanks solely to the express waiver given by the plaintiffs in this case. 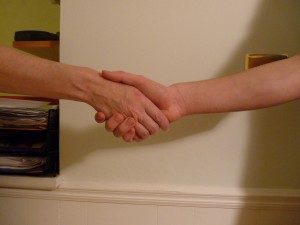 The Appellate Division affirmed in part, vacated in part, and remanded in part for further proceedings consistent with the decision.  Ultimately, the Appellate Division determined that any and all agreements reached by the parties prior to the arbitration hearing should be upheld and enforced.  However, any and all arbitration awards must be vacated because of the inherent conflict presented by an individual who mediates a case and then subsequently attempts to arbitrate that same case.  The Appellate Division based its decision on the fact that a mediator is likely subjected to privileged communications and is privy to party confidences during the mediation process and, therefore, could not retain the appearance of a neutral factfinder necessary to conduct a binding arbitration proceeding.  The Appellate Division did provide the caveat that the parties could agree to this procedure. However, it was clearly stated that absent an agreement this process would not be allowed.  Unfortunately, it remains to be seen what will constitute a valid agreement between parties for the use of such a procedure.

Based upon these two recent cases, which resulted in published opinions, there is an evolving landscape in the area of alternative dispute resolution.  The primary thing to take away from Willingboro Mall is that if an agreement is reached at mediation it needs to be reduced to writing and signed by the parties before the mediation concludes in order for it to then be enforceable.  Clearly the various decisions at each level in that case show that the end result of that particular case would be an unusual one because the mediation communication privilege would not always be expressly waived and therefore there would be no way to prove the existence of an oral agreement because those communications were heavily relied upon to uphold the agreement in that case.  The Supreme Court even declared a warning for future litigants by stating that an agreement had to be reduced to writing and signed to be enforceable.

The primary thing to take away from Minkowitz is that there is an inherent conflict between the roles of mediator and arbitrator and, therefore, one individual cannot assume the role of mediator and fact-finder in the same matter without the parties’ agreement to same.  It is undetermined as to what will constitute an appropriate agreement contemplated by the Appellate Division’s decision. However, it appears that the safest approach moving forward would be to have separate individuals for each of those roles to avoid any issues in the future.  This is a major evolution from customary practice in this State as most arbitrators were in the habit of trying to settle or mediate cases prior to instituting the arbitration proceedings.  Clearly they will either have to break from that tradition or acquire the sufficient, advanced agreement of the parties to continue said tradition.  While we may not know the end results and impact of these decisions, it is safe to say that the landscape will be changing when it comes to Alternative Dispute Resolution and practitioners need to be aware of this ever evolving area of law as it plays a large role in the successful resolution of most matrimonial matters.