Saint Valentine was a third-century Roman saint  associated since the High Middle Ages with a tradition of courtly love. Although not much is known about the patron saint of Valentine’s Day as there happen to have been various Saint Valentines, one Saint Valentine was sentenced to death for performing marriage ceremonies in secret after Emperor Claudius II banned marriage for young Roman soldiers, believing that single men made better soldiers.   As a divorce lawyer, I have seen marriages go awry and I have seen the connection between love and battle.  Today over 62% of Americans celebrate Valentines Day and our minds and hearts are focused on love and romance.   In fact, a recent study found that 6 million couples are likely to get engaged on Valentines Day.

Love often causes people to see life through rose colored lenses.  When someone is having a baby, we envision a sweet bundle of joy, and may not consider the lifelong commitment and work of bringing a child and then raising that child.   When it comes to marriage, people may focus on the wedding and the engagement, the love and romance.   Marriage, however, is an undertaking that requires more than love and romance.   Couples need to plan not just the wedding; they need to plan for the marriage.  Those in an unhappy relationship may believe marriage will cure their relationship.  Rarely, however, is marriage going to fix what is already broken.  Those in happy relationships may think romance may take them over the moon, but rarely do people look beyond the horizon.

While Cupid may have his bow and arrow pointed in your direction this Valentine’s Day and you are thinking of taking the leap into wedded bliss, here are some things you should consider before getting married, from the perspective of a divorce lawyer.  After all, in the words of Tina Turner, “What’s love got to do with it”? 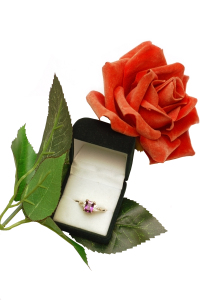 Expectations of marriage:  Discuss with your intended spouse your respective expectations of marriage.   What are your goals, your hopes and your plans for the future?  Are they in line with one another?  If not, perhaps consider and evaluate why it is that you are getting married?  Assess your potential spouse in light of the person he or she is in your relationship at this moment, rather than the person you hope or want he or she to become.    Those in love and desiring to marry may get so caught up in the wedding and the romance, that they think a marriage is their fairy tale “happily ever after”.   Have you noticed that in fairy tales they do not tell you what happened “ever after” that made the married couples so happy?  What are your goals?  How do the two of you envision your respective roles in a marriage?   Those entering into marriage need to do so with their eyes wide open.  Love changes.   Happiness comes and goes.   Marriage requires work, energy and commitment.    If you do not share goals and values with your spouse, or if you expect a spouse to change for you or to be the sole source of happiness, perhaps reassess and evaluate why you are marrying.  If a couple cannot discuss realistically about why they are getting married and plan a future together at the start of a relationship when love is in the air, how are you going to resolve problems as they inevitably arise? .

Money and Finances:  Disputes about money and differences in the way a couples spends and/or saves money can be a major source of friction and can derail a marriage.  Have discussions about your financial lives and your financial goals and how you are going to meet those goals.  For instance, are you a couple that wishes to buy a house?  If so, how will the two of you save for a house?  What kind of debt do each of you have and how will you pay that debt?   Perhaps a potential spouse’s credit score (and yours) and what kind of credit you can each obtain is useful information.   How will you pay your bills?  Will you have joint accounts or separate accounts?  Will you have a budget?  What will that budget include?  How will the finances be handled? There is a litany of practical considerations beyond just the wedding that should be discussed in advance of marriage.  If a couple has differing views on saving versus spending, and different views on how finances are handled, that is going to create problems and discord in the marriage.

Also, there are considerations made when it comes to assets that you might want to consider at the time of your marriage.  For instance, New Jersey is an equitable distribution state, which means that upon a divorce, the family courts apply statutory factors to determine what an equitable or fair way is to distribute the assets that the parties acquired during the marriage.  Some people are surprised that an “equitable” distribution of assets does not always mean an equal distribution of assets upon a divorce.   N.J.S.A. 2A:34-23 requires the court to effectuate an equitable distribution of: (1) property both real and personal; (2) that is acquired legally and beneficially by the parties or either of them, (3) during the marriage.

The division of property upon divorce is responsive to the concept that marriage is a shared enterprise that the courts have stated is “akin to a partnership” and which values non-monetary contributions to that partnership, such as the raising of children, the making of a home, and the performance of a myriad of personal services as well as physical and emotional support.   Genovese v. Genovese, 392 N.J.Super. 215 (2007).  Consequently, what you define as “yours” versus “ours” may not be what a court may deem as “yours” upon a divorce.

Prenuptial Agreements:   At the same time that you and your potential spouse are plotting out your financial goals, and considering the acquisition of assets and the creation of a marital lifestyle with your beloved, you may want to have discussions about protecting the assets that you and/or your betrothed has already acquired.   With couples marrying later in life, or in situations where this is perhaps not a first marriage for one or both spouses, it is becoming more common for one or both spouses to have accumulated some assets and wealth prior to the marriage.  Nowadays it is not always the men who are bringing assets and income into the marriage. Hence, more couples are making the decision to enter into a prenuptial (“premarital” or “antenuptial”) agreement in order to make provisions now for the protection of assets, or to make arrangements before the marriage for support and the distribution of assets upon a divorce.  This is not the most romantic of discussions, but addressing this topic will likely give you some insight into the intentions and aspirations of the person that you are considering marrying and will force some discussions about financial matters. If you are considering entering into a prenuptial agreement both parties need to consult with and hire attorneys and they need to provide financial disclosures.   A prenuptial agreement will not be enforced if there is clear and convincing evidence that: 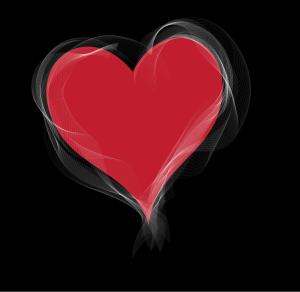 (2) Did not voluntarily and expressly waive, in writing, any right to disclosure of the property or financial     obligations of the other party beyond the disclosure provided;

While bringing up the issue of a prenuptial incites friction in some relationships, it is better to err on the side of caution than place yourself at risk in a divorce. A prenuptial agreement can help one or both spouses protect assets and limit disputes about support, and put the other on notice of what to expect in the event of a divorce.

Children: The discussion of whether or not to have children should be had before a marriage.  You do not want to be already married when you learn that your spouse has a differing view of having a child or children that is not aligned with yours.  In addition to the discussion about whether to have children, the couple should discuss related issues about child rearing.  Often differences in the couple’s upbringing or values become important at the time that it comes to raising children.  For instance, will the children be raised in a particular religion?  If so, what will that religion be?   How are the two of you going to incorporate different kinds of upbringing and/or family traditions?  How do the two of you plan to raise children?  How should children be disciplined? How should they be nurtured?   How are the children to be cared for on a day to day basis in infancy and as the children age?   Is one spouse going to stay home and care for children while the other works?  Will both parents work?  Will one parent work part-time?  Will one or both parent take time off from work to care for children after they are born?  For how long?  Do both parents want or need to work?   If so, how do the two of you feel about child care or a nanny or having a family member or friend assist?

Divorce can be painful for children.  If the parents never got on the same page about having children and how to raise them in the first place, that not only creates disputes during the marriage, but one can well imagine the disputes about caring for and rearing children when the parents are divorcing.  This may necessitate mediation, litigation, retention of custody experts and psychological evaluations, home visits and child interviews in order to resolve or have the court decide issues of legal and physical custody and parenting time.

Around this time of year it is perhaps a bit easier to be distracted by love and romance, and to throw caution to the wind.   Maybe this Valentine’s Day, before taking the plunge consider the scene in the movie “The Matrix” where Morpheus offers Neo two pills: a blue one (which would allow Neo to remain blissfully unaware as we may be when we are love’s grasp), and a red one (which opens Neo’s eyes to reality and truth and not what he wants to see in life).  This Valentine’s Day, consider choosing the red one and simply leap into love and marriage that is based on reality and not fairy tale.

If love does go awry and you need resolution on issues involving support, asset and liability distribution and custody, or you want to plan for such an event through the drafting of a prenuptial agreement, the Law Office of James P. Yudes, P.C. has the knowledge and expertise to assist you.