As quickly as it was reported that county music stars Miranda Lambert and Blake Shelton were divorcing, the matter was over. Their four year marriage was finalized in two weeks with the parties agreeing on everything from the distribution of homes to possession of pets and livestock. These busy public people have decided not to air their dirty laundry in a public arena and the press will not have as large a field day dissecting the angst with which this famous couple ended their fairy tale relationship. Paparazzi will decry the loss of photo opportunities and Late Night Talking Heads will have little fodder for jokes. Blake and Miranda will spend the next year working, living and enjoying their fame untarnished by a mud wrestling match entangling them in the mire of  accusation and innuendo.

These are wealthy people, likely in the top one percent of wage earners in the United States with huge assets and entities who would otherwise be prodded and poked by forensic experts, judges and the like. How then did they avoid the fate faced by many of their breed?

The answer is simple. They entered their marriage with a prenuptial agreement that settled all the controversies before contention and anger made the solutions harder to grasp. The moral to the story is quite simple. Prenuptial agreement can save you time, money and emotion if the day of reckoning comes. It can be the blue print to a new life if your fondest hopes of a lifetime together are not realized. It gives the parties dignity and the opportunity for a swift and fresh start. Most of our lives are not exposed in the press. But most of us want our privacy and we all desire certainty. We do not want to be caught up in mentally draining litigation. 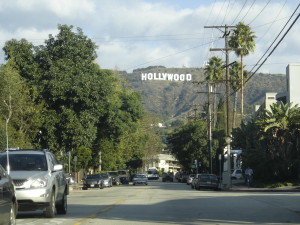 We live in a world were we limit or hedge risk with insurance. Think of a Prenuptial Agreement as a Marriage Insurance Policy. Blake and Miranda both benefited from marrying for love but with their eyes open. They did not become a cautionary tale like the typical celebrity divorce: think Baldwin or Sheen. For people of substance, it is foolish not to consider a Prenuptial Agreement. Life is just too short.