For the third time since 2012, the New Jersey lawmakers have passed legislation that would allow persons to enter into gestational carrier agreements; namely for the intended parents to enter into a contract with a woman 21 years of age or older to become pregnant by assisted reproductive technology without the use of her own egg, and to surrender custody of the child to the intended parent immediately upon birth, and considered neither an adoption nor termination of parental rights, as long as the requirements of the statute are strictly adhered to. While two prior legislative attempts were vetoed by then Gov. Christie, it is expected that this 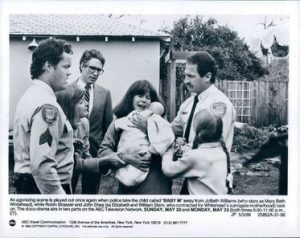 current legislation (S482) will be signed by Gov. Murphy soon and become law. Many people continue to refer to the agreements covered by the statute as “surrogacy contracts”, and that they would in effect overturn the Supreme Court ruling in Matter of Baby M, 109 N.J. 396 (1988) which deemed such surrogacy contracts invalid. In reality, it does not. Further, even the extent to which this statute attempts to cover the t’s and dot the i’s in the limited circumstances where these gestational carrier agreements may be authorized, I believe the jury is still out as to their ultimate enforceability.

The struggle of men and women unable to have children on their own, whether due to the infertility of one or both, or the inability to carry a child, has been a serious issue for generations. While adoption was the only option in the past, reproductive advances have given rise to other alternatives. Many parents wanted to have a genetic or biological tie to the child. Artificial insemination afforded fathers an opportunity to have children be conceived with their own sperm. If their partner was infertile or unable to carry a child, this gave rise to “surrogacy contracts” whereby a woman would agree to become pregnant on behalf of another couple, surrendering the child upon birth, waiving any parental rights, and allowing for the child’s adoption – generally for a prearranged fee and/or other consideration. The validity and enforceability of such surrogacy contracts were what the Supreme Court was confronted with In re Baby M. On various grounds, the Court held such surrogacy contracts to be invalid, unenforceable and against public policy. In that case, the “surrogate” was in fact the genetic and biological mother of the child, her own egg being the one conceived, and carried to term in her womb. She had been artificially inseminated with sperm from the contracting husband of a couple, with the intent for his wife to adopt a child after it was surrendered to the couple upon birth. The birth mother had a change of heart and the Baby M litigation ensued. Clearly that the “surrogate mother” was the genetic and biological mother of the child was a substantial basis upon which the Court recognized a natural parent’s fundamental, constitutional and statutory rights and deeming such contracts as against public policy.

The evolution in reproduction science over the intervening years has largely rendered the “surrogate mother” process challenged in Baby M obsolete. In-vitro fertilization and implantation technology enabled a woman to be implanted with an embryo with whom she had no genetic connection, and carry that pregnancy to term. As a result, people began entering into “gestational” surrogacy contracts. The expectation was that since the woman carrying and giving birth was not genetically linked to the child, it would not raise the same fundamental parental rights concerns that had doomed the surrogacy arrangements in Baby M. However, several Court decisions left the efficacy of such gestational contracts in doubt.

In A.H.W. v. G.H.B., 339 N.J. Super 495 (Ch. Div. 2000), a couple had entered into a gestational surrogacy contract with the wife’s unmarried sister, without financial consideration, to have embryos implanted in her uterus that were created with the sperm and ova of the couple. Before the child was born, the couple filed a complaint to declare maternity and paternity of the child and sought a pre-birth Order establishing them as the legal mother and father on the child’s birth certificate. The couple as well as the gestational surrogate argued that Baby M was distinguishable because the surrogate mother in that case was also the biological mother and the gestational carrier’s role here was that of an incubator. However, the Court believed that this simplistic view disregarded the human emotional and biological changes involved in pregnancy, that psychological and biological bonds were created between the gestational mother and baby, such that one cannot predict how that would impact the gestational mother’s feelings upon birth. The Court noted that in recognition of the emotional and physical changes in the mother which occur at birth, voluntary surrenders are not valid if taken within 72 hours after the birth of the child. N.J.S.A. 9: 3-41(e). Hence, the Court concluded that a Court Order for the pre-birth termination of the gestational mother’s parental rights was the equivalent of making her subject to a binding agreement to surrender the child contrary to New Jersey statutes and Baby M. The Court was of the view that if she chose to surrender the infant after 72 hours, and certified that she wished to relinquish all rights, then the birth certificate could list the two genetic parents as the baby’s parents; otherwise, if she changed her mind parental rights would need to be litigated. In essence, the status of the child turned upon the whims of the gestational surrogate notwithstanding any agreement the parties may have entered into.

In the case In re T.J.S., 212 N.J. 334 (2012), a married couple, unable to have a child, entered into a gestational surrogate agreement whereby the husband’s sperm was used to fertilize an egg from an anonymous donor through in-vitro fertilization, with the resulting embryo implanted in the gestational surrogate who bore the child for the parties and waived her rights to the child. Prior to the birth, the couple sought a Court Order directing the wife to be listed as the mother on the birth certificate, which was initially granted with the caveat that it not be registered until 72 hours after the child’s birth, presuming that the surrogate would in fact surrender her rights at that time. However, soon thereafter, the State Registrar learned of the pre-birth Order and moved to vacate the portion of the Order directing the wife to be listed as the mother pursuant to the Parentage Act, N.J.S.A. 9: 17-38 to 59. The Court granted that motion and vacated the prior Order. The Appellate Division affirmed. In re T.J.S., 419 N.J. Super 46 (App. Div. 2011).

An equally divided Supreme Court agreed with the Appellate Division’s analysis of the plain language of the Parentage Act that the presumption of paternity did not create a similar presumption of maternity. The Court noted that the plain language of the statute required that maternity be based on a biological or genetic connection to the child, and that if there is no genetic connection, maternal status can be achieved only through an adoption of a child. The Court stressed that statutes are interpreted in a way to avoid rendering a statute unconstitutional and, therefore, the Parentage Act must be construed in a way to preserve its constitutionality. The Court reasoned that this statute survived constitutional attack based upon the physiological difference between men and women and therefore it did not violate the requirements of equal protection.

The couple had asserted that their status should be defined as one infertile couple, not as one man and one woman, and that the analysis of constitutionality had to focus on whether infertile men or infertile women are given the same rights. The Court felt that this argument ignored that conception requires both a man and a woman and that redefining the couple’s status did not change the fact that the infant was related to the surrogate birth mother to whom the Constitution found granted protection and to whom the Legislature provided rights. The Court concluded that the couple’s convenience did not replace the constitutional rights of biological mothers. The Court expressed a concern for an entire class of women who would be affected by a decision in the couple’s favor to circumvent protections given to biological mothers. The Court also reasoned that it could not elevate adopters who had access to new technology over other adopters who did not and create an unconstitutional distinction of infertile people as a class.

Hence, while neither the A.H.W. and the T.J.S. cases dealt with the validity or enforceability of gestational surrogacy contracts per se, their continued reference to the non-genetically related gestational carrier as a biological mother in whom fundamental parental rights were conferred, raised doubts as to the validity of such arrangements. In both sets of cases, the Courts suggested that these were matters that needed to be legislatively addressed. The Gestational Carrier statute referenced above clearly reflects the Legislature’s attempt to do so.

To qualify as a gestational carrier agreement under the statute, it must (1) be in writing and executed by the gestational carrier, her spouse or partner, if any, and each intended parent, to include both spouses if married or both partners if in a civil union or domestic partnership; (2) be executed after the required medical and psychological screenings, but prior to the commencement of any other necessary medical procedures in furtherance of the implementation of the pre-embryo; and (3) all parties having been represented by separate attorneys and each attorney provides an affidavit of such representation. The pre-embryo, defined as a fertilized egg prior to 14 days of development, to be implanted in the gestational carrier, may not be of the egg of the gestational carrier.

Assuming that this Bill becomes law as expected, it will be interesting to see how it will be responded to by the Courts of this state. Inevitably, a gestational carrier to one of these agreements will change her mind and not want to surrender the child to the intended parent. Despite the language of the statute, how will Courts grapple with the biological mother’s claims of fundamental parental rights as noted by the Courts in A.H.W. as well as T.J.S., even when the gestational carrier has no genetic connection to the child? Who will be the next Mary Beth Whitehead? Will these agreements pass constitutional muster? Only time will tell.