For many years Palimony actions were proliferating. Spurned on by the original landmark palimony case filed against actor Lee Marvin by his former girlfriend in California. palimony actions gave 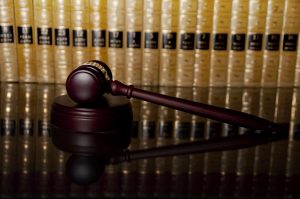 hope that people (usually women) in long term relationships without marriage would have some financial rights when the romantic relationship went sour. Palimony served a useful social function to level the proverbial social playing field once the concept of “common law marriage” was eliminated. For Palimony created legal right of support in situations were there was no legal marriage but there was a promise of support.

We have previously written about the legislative change in New Jersey which requires the existence of a written agreement of support before one could bring or succeed at a palimony action. The question many legal writers have debated since this legislative change is what remedies remain for a disenfranchised companion and what is the impact of the requirement of a written agreement providing for palimony when that couple later marries.

The Supreme Court of New Jersey has addressed this debate in the recently decided case of, Thieme v. Aucioin-Thieme, 227 N.J. 269 ( 2016). In this matter the parties were unmarried for most of their approximately 10 year relationship.  They had one child and during the period of cohabitation the Husband (then Boyfriend) promised his live-in girlfriend that if he were to receive from his employer a bonus that had been promised to him should his employer sell the business, that he would share that bonus with her.   This promise was made verbally and in writing.

Eventually the parties married, and before too long they decided to divorce.   After the parties’ divorce, the Husband received a substantial bonus when his employers sold the business.  The family court reopened the divorce judgment that had incorporated the parties’ marital settlement agreement to determine whether the Wife was entitled to any portion of the bonus and if so, how much of it she would receive of it.  The family court awarded only a very small part of the bonus, determining that she was not entitled to the portion earned prior to the marriage.

The Supreme Court held that there could be no sharing of any premarital rights that the Husband had to the bonus as part of equitable distribution of assets, noting that the Husband’s contractual right was mostly acquired before the marriage.  However, since the Husband had promised the Wife prior to the marriage that he would share the future bonus to him if he were to receive in order to motivate the Wife (then his girlfriend) to care for their child and forego her own career and economic advancement, the Supreme Court held that the Wife could share in the entire bonus, not by way of equitable distribution, but under the principles of constructive trust.

A constructive trust is an equitable right in property created when one who owes a fiduciary duty to a claimant and holds property that the another has a claim in.  Equity mandates that the claim be protected. It is interesting to note that the Supreme Court did not find that there was a right in equitable distribution in this premarital right in contract. The Court in fact found that there could be no marital right in the bonus as it was acquired mostly prior to marriage and as such was beyond the scope of property the State Legislature intended be distributable in a divorce. However the Court found the Husband’s premarital promise constituted a promise and that could be enforced as an equitable right.  The right here was a right in property and a right to support recognized by the Husband before marriage and enforced in equity after the divorce.

Clearly the Supreme Court was looking for a fair solution regarding this woman’s rights. In finding that solution, it followed the maxim that, “Equity does what ought to be done”, and molded a remedy that provided for the unique circumstances of the case. In doing so it recognized that people who cohabit and depend on each other can create rights and obligations that are enforceable based on promises made and acted upon. Palimony may not really be as difficult to prove as some commentators have predicted. Constructive Trust may be a new avenue for relief for former companions who feel disenfranchised.