It is a social norm for one to state, “I’m sorry to hear that” in response to the hearing the news of a death or divorce among ones friends of family. While it an appropriate response of condolence 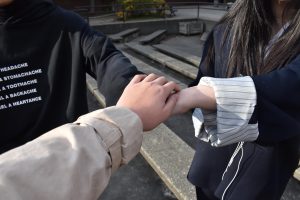 when a someone dies, is it always appropriate to state the same when there is a divorce?  Maybe not.  In the words of comedian Louis C. K., “Someday, one of your friends is gonna get divorced, it’s gonna happen, and they’re gonna tell you. Don’t go, ‘ohhhh I’m sorry.’ That’s a stupid thing to say. First of all you’re making ‘em feel bad for being really happy, which isn’t fair. And second of all: divorce is always good news. I know that sounds weird, but it’s true, because no good marriage has ever ended in divorce. It’s really that simple.” In my opinion, congratulations may be in order in order.

Deciding to divorce can be an extremely difficult decision to make. Without a doubt, your friend or relative likely experienced the highs and lows associated with a divorce. They have definitely felt the societal induced feeling of failure, especially for women.  Divorce is for many people life altering.  Both parties may not have wanted to divorce.  It can be hard to know what to say to someone who has gone through this.  Instead of ignoring the herculean strength it can take to divorce and dismissively stating, “I’m sorry” thereby potentially resurfacing feelings of loss or failure as a result of your most likely in appropriate and well-intentioned apology, perhaps complimenting your friend or relative on their strength and courage is a better approach. As an attorney, I can tell you that divorce is not something one slipped, tripped and fell on by accident. It takes two to tango, and it takes two to divorce.

Life can be better for everyone involved, including the children, in a divorce and no one should be sorry for that. Staying married for the children is not really for the benefit of the children. How can one think that staying in an unhealthy marriage is something that you should do for yourself or model for your children? Researcher Constance Gager of Montclair State University and her colleagues conducted a national survey involving nearly 7,000 couples and their children, focusing on how harmonious their homes were and whether or not they stayed married. https://www.livescience.com/6648-divorce-bad-kids.html The result was that children who had grown up in high conflict families actually faired better in their own adult relationships whent heir parents divorced and allowed the children to escape that household conflict. The survey also revealed that children of happily married parents did not necessarily go on to have happy marriages.