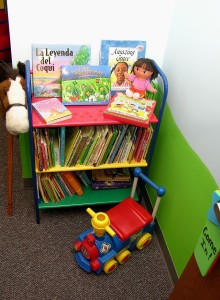 In yet another recently published decision, in Madison v. Davis decided on June 18, 2014, the Honorable Lawrence R. Jones, J.S.C., sitting in the Family Division of Ocean County, tackled a novel issue related to the rights and obligations of divorced parents when their child(ren) attend pre-school.  Throughout the decision, Judge Jones’ primary focus was placed on reconciling the competing interests addressed in cases such as Pascale v. Pascale, 140 N.J. 583 (1995) and Beck (Beck v. Beck, 86 N.J. 480 (1981), neither of which specifically discusses preschool.

In this particular case, the parties divorced in 2013 after a four year marriage, during which they had one child, who was three years old at the time of Judge Jones’ post-judgment decision.   In the parties’ marital settlement agreement, they specifically agreed to share joint legal custody of their child, who was attending a particular preschool.   After the divorce, the plaintiff (primary custodial parent) unilaterally switched the child from that preschool and enrolled her in another, reasonably comparable preschool.  The parties presented different views on the basis for this switch, which included the Court’s allusion to an incident wherein an investigation was launched against the prior preschool over the school allowing the defendant (the parent of alternate residence) to sign the child out of preschool without the plaintiff’s knowledge.

In order to analyze this type of novel issue, both in this case and for courts moving forward, Judge Jones creates a seven-step analysis which is designed to create a common ground approach to working the competing interests set forth in the case law of Beck and Pascale.  Prior to determining his seven-step analysis, Judge Jones notes that preschool is a hybrid of a day care and school/educational institution, and not simply one or the other as the parties had argued.  Accordingly, in order to resolve the dilemma, Judge Jones offered the following seven step process as a logical and equitable way to address the question:

(1)  When a preschool program is being used in substantial part to fill a need for work related day care, the primary custodian has the initial right under Pascale to select the proposed preschool program for the child, or to transfer the child from one program to another.

(2) The residential custodian’s authority is not absolute and unlimited.  The choice and selection of the primary custodian must be reasonable, which includes a consideration of cost, location, accessibility, hours/dates of operation, curriculum, and ancillary services.

(3) Absent a restraining order or other Court Order prohibiting information regarding the pre-school, the custodial parent has an obligation to supply the parent of alternate residence with notice of any proposed change in preschool provider in a reasonably timely fashion.

(4) Pursuant to Beck, the parent of alternate residence, as a joint legal custodian, has a right to investigate and evaluate the information about the proposed preschool program.  This does not provide a right to unilaterally or arbitrarily block or veto the custodial parent’s decision.  The parent of alternate residence may exercise his right for Court intervention or review so long as he/she presents information and proof as to why the proposed preschool is unreasonable and contrary to the child’s best interests.

(5) Upon challenging the preschool selection of the custodial parent, merely complaining about the choice is not enough.  The parent of alternate residence must present a specific, more reasonable alternate plan available for providing the work related day care and not simply object to the custodial parent’s selection.

(7) If the Court finds that either party has acted unreasonably on the issue, counsel fees and/or economic sanctions may be issued at the Court’s discretion. 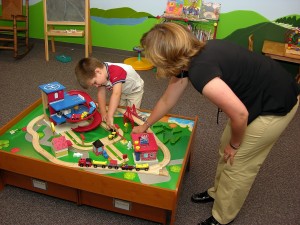 This seven step process is the Court’s attempt to appreciate both parties’ parental rights as joint legal custodians, while also merging the competing interests and principles espoused in Beck and Pascale, all while keeping a focus on parental reasonableness/responsibility and the best interests of the parties’ child(ren).  After working through his seven step analysis on the present case, Judge Jones ultimately concluded that the custodial parent’s selection to transfer the child to a different preschool program was reasonable. Furthermore, the noncustodial parent had every right to object to this selection, however, in doing so, the noncustodial parent failed to demonstrate that the selection was in some way unreasonable.  Accordingly, the custodial parent’s selection was upheld and the parties were required to contribute towards same.

While this decision attempts to resolve a novel area of law, it is clear that this will likely not be the end of line as there are still many unanswered questions, as this decision deals solely with its specific set of facts and circumstances.   Educational issues involving one’s children are critical and often complex.  Accordingly, when dealing with these types of issues, it is always important to have your best interests represented and protected.  The attorneys at James P. Yudes, P.C., are available to do just that.