Clearly the period of one’s separation and divorce is one of transition where one must adapt to a plethora of life changes, some within one’s control and some foisted upon one by the views and 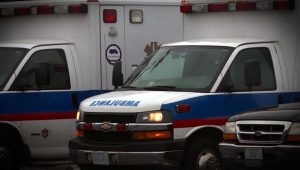 rules of others. Although statistics indicate that as many marriages end in divorce as end in death, there are still lingering prejudices about divorce and the people who are divorced or divorcing that can vary in their impact on one’s life from the vexatious to the life altering. There is no doubt that there are situations in which separated or divorced people experience stigmatization, such as in houses of worship where the status of divorce or remarriage after a divorce may result in a change in status or even a pronouncement that one is unholy. Depending on one’s dedication to one’s faith, these reactions to one’s status as divorced can be annoying or devastating and certainly life altering. One may also experience social stigma in less organized ways with friends who chose sides or simply are not interested in inviting a “plus one” to a particular outing or event.  These social prejudices can seep over into the work place. The result can be again trivial or extreme. It seems strange that people could in the 21st Century face economic penalties in workplaces based on their status as separated or divorced, but the reality is that such discrimination happens.

On June 21st of this year, our New Jersey Supreme Court in the matter of Smith-v-Millville Rescue Squad, — N.J. — (June 27, 2016), took up the issue of work place discrimination. In this matter the Plaintiff was employed by the Millville Rescue Squad, as was his wife. The Husband engaged in an extramarital affair with a rescue squad volunteer and advised his supervisor of that fact. The affair continued, and the marriage of the Husband with his employee Wife obviously did not reconcile. The Husband was advised by his supervisor that the board of the rescue squad anticipated that the pending divorce would be acrimonious, and a day later the rescue squad terminated the husband, allegedly for cause.

The question presented to the Supreme Court of New Jersey was whether the state’s Law Against Discrimination (LAD), embodied in N.J.S.A. 10:5-1 to -42 and which prohibits discrimination based on marital status, prohibits discrimination not only based on the status of being single or married, but also the status of being separated or divorced.  Our Supreme Court found that the LAD should be interpreted liberally so as to prevent employers from resorting to “invidious stereotypes as the purpose of LAD is eradicate discrimination in the workplace. It was noted by the Court that the LAD prohibits the uses of stereotypes by employers in making employment related decisions, but the LAD does not prohibit remedial action if an individual’s separation or divorce has a determined effect on workplace performance.  In this regard the Supreme Court specifically stated: “The LAD prohibits an employer from imposing conditions of employment that have no relationship to the tasks assigned to and expected of an employee. It also prohibits an employer from resorting to stereotypes to discipline, block from advancement, or terminate an employee due to life decisions, such as deciding to marry or divorce. The LAD does not bar an employer from making a legitimate business decision to discipline or terminate an employee whose personal life decisions, such as a marital separation or divorce, have disrupted the workplace …”.

Extending the LAD to the status of people in shifting relationships is significant and reassuring.  Note, however, that this decision does not protect those whose productivity falters due to the personal impact on a divorcing or separating employee, or an employee facing the demands of a family court litigation.   The LAD does prevent an employer from foisting onto its work force its attitudes towards separation and divorce as it prohibits “moral judgments” regarding; sexual preferences, race, age or national origin.