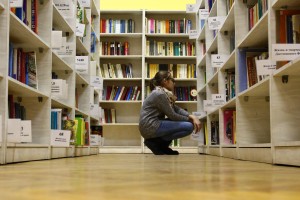 from an August 18, 2014 post-judgment Family Part order that denied his motion to emancipate his then twenty-one-year-old child, ordered the parties to cooperate with a parenting coordinator and abide by her recommendations, and directed the parties to “‘return’ to a psychologist for updated psychological evaluations for themselves as well as their two younger children, then ages thirteen and twelve. The trial court resolved these issues without a hearing in the face of certifications disputing material facts.”  The Appellate Division also noted that the trial court’s “statement of reasons does not adequately explain its decisions”, which was paramount in the appellate court’s decision to ultimately reverse and remand the case back to the lower court for further proceedings.

The facts presented to the court involved an approximately 10 year marriage. Three children were born of the marriage, who were ages 21, 13 and 12 when the trial court issued the August 18, 2014 Order denying the father’s application to have the 21 year old declared emancipated, and referred issued to a parenting coordinator which is usually a mental health professional or lawyer which specializes in the subject. Later that same year, the father filed a motion for reconsideration of the order denying his request to emancipate the eldest child and to terminate the services of the parenting coordinator due to his former wife’s failure to cooperate in the same.

Some of the facts the father cited in support of this motion to emancipate the 21 year old were: (1) the child had not spoken with him for more than three years; (2) he claimed he did not have a say in the child’s college choices; (3) the child is not a full-time student; and (4) lack of knowledge regarding the child’s grades. The father ultimately lamented in his papers filed with the court: “The last time I was informed,[the child] had passed [twenty-seven] credits out of [fifty-four]. [The child] has completed [six][s]emesters at a [two-]year Community College and is very far away from graduating. At the current pace [the child] will be enrolled in school for [four-five] years to get a[two]-year degree.”  The mother responded that the father was responsible for the breakdown in the relationship with the child and reason for a delay in the child’s matriculation was a change of major and illness.

The trial court concluded in a Statement of Reasons attached to the August Order that the child “is clearly still in college and dependent on her parents as she pursues her education… [the child is] pursuing a four (4) year degree at Raritan Valley Community College in conjunction with Rutgers.” The trial court noted that the child’s failures did not negate the full-time student status and concluded that the child “is a full-time college student who relies upon her parents for financial support and does not meet the criteria for emancipation.”

The Appellate Division continued, “When a child has reached the age of eighteen, the child is presumed to be emancipated, N.J.S.A. 9:17B–3, but the presumption is not conclusive. Newburgh, supra, 88 N.J. at 543. Consequently, if a child has reached age eighteen, the person seeking to have parental support continue has the burden of overcoming the statutory presumption. See Llewelyn v. Shewchuk, 440 N.J.Super. 207, 216 (App.Div.2015); Filippone, supra, 304 N.J.Super. at 308. A well-established instance defeating a request for emancipation and requiring continued support occurs when a custodial parent proves the child remains a full-time student. Limpert v. Limpert, 119 N.J.Super. 438, 442–43 (App.Div.1972). When a dependent child is enrolled in a full-time educational program, child support must continue. See Gac v. Gac, 186 N.J. 535, 542 (2006) (‘The Legislature and our courts have long recognized a child’s need for higher education and that this need is a proper consideration in determining a parent’s child support obligation.’); Patetta v. Patetta, 358 N.J.Super. 90, 94 (App.Div.2003) (stating ‘while parents are not generally required to support a child over eighteen, his or her enrollment in a full-time educational program has been held to require continued support’). 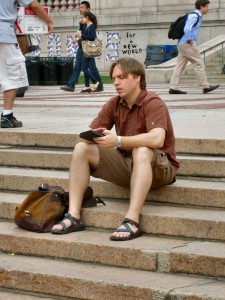 Ultimately, “child support for an unemancipated child is guided by the factors set forth in N.J.S.A. 2A:34–23(a), which requires consideration of:

(2) Standard of living and economic circumstances of each parent;

(3) All sources of income and assets of each parent;

(4) Earning ability of each parent, including educational background, training, employment skills, work experience, custodial responsibility for children including the cost of providing child care and the length of time and cost of each parent to obtain training or experience for appropriate employment;

(5) Need and capacity of the child for education, including higher education;

(6) Age and health of the child and each parent;

(7) Income, assets and earning ability of the child;

(8) Responsibility of the parents for the court-ordered support of others;

(9) Reasonable debts and liabilities of each child and parent; and

(10) Any other factors the court may deem relevant.

Court continued its discussion noting: “In addition to child support, financially capable parents may be required to contribute to the higher education of children who are qualified students. See Kiken v. Kiken, 149 N.J. 441, 449 (1997); Newburgh, supra, 88 N.J. at 544; Rector v. Rector, 62 N.J. 577, 580 (1973); N.J.S.A. 2A:34–23(a). In Newburgh, supra, 88 N.J. at 545, the Supreme Court identified twelve non-exhaustive factors a court should consider when deciding a motion by one parent for contribution from the other parent toward the cost of a child’s higher education. The factors are: (1) whether the parent, if still living with the child, would have contributed toward the costs of the requested higher education; (2) the effect of the background, values and goals of the parent on the reasonableness of the expectation of the child for higher education; (3) the amount of the contribution sought by the child for the cost of higher education; (4) the ability of the parent to pay that cost; (5) the relationship of the requested contribution to the kind of school or course of study sought by the child; (6) the financial resources of both parents; (7) the commitment to and aptitude of the child for the requested education; (8) the financial resources of the child, including assets owned individually or held in custodianship or trust; (9) the ability of the child to earn income during the school year or on vacation; (10) the availability of financial aid in the form of college grants and loans; (11) the child’s relationship to the paying parent, including mutual affection and shared goals as well as responsiveness to parental advice and guidance; and (12) the relationship of the education requested to any prior training and to the overall long-range goals of the child.”

Furthermore the Appellate Division noted: “A relationship between a non-custodial parent and a child is not required for the custodial parent or the child to ask the noncustodial parent for financial assistance to defray college expenses.” Gac, supra, 186 N.J. at 546. Nonetheless, the factors set forth in Newburgh … contemplate that a parent or child seeking contribution towards the expenses of higher education will make the request before the educational expenses are incurred. As soon as practical, the parent or child should communicate with the other parent concerning the many issues inherent in selecting a college. At a minimum, a parent or child seeking contribution should initiate the application to the court before the expenses are incurred. The failure to do so will weigh heavily against the grant of a future application. [Id. at 546–547.]” When fixing parental obligations for dependent students, courts ‘should balance the statutory criteria of N.J.S.A. 2A:34–23(a) and the Newburgh factors, as well as any other relevant circumstances, to reach a fair and just decision whether and, if so, in what amount, a parent or parents must contribute to a child’s educational expenses.” Gac, supra, 186 N.J. at 543. In doing so, “the trial court has substantial discretion.’ Gotlib v. Gotlib, 399 N.J.Super. 295, 308 (App.Div.2008) (citing Foust v. Glaser, 340 N.J.Super. 312, 315 (App.Div.2001)). ‘Therefore, if the award is consistent with the law the award will not be disturbed unless it is manifestly unreasonable, arbitrary, or clearly contrary to reason or to other evidence, or the result of whim or caprice.’ Ibid. (quoting Foust, supra, 340 N.J.Super. at 315–16) (internal quotation marks omitted).”

The father on appeal challenged the unsubstantiated finding of the trial court that the child was enrolled fulltime given the fact that the trial court did not address the evidence contained in the record that child did not pass the required amount of courses to remain a fulltime student. The father cited the case of Tretola v. Tretola, 389 N.J.Super. 15, 18–19 (App.Div.2006), that has been recited as standing for the fact that “full-time” means “twelve credit hours per semester.”  The Appellate Division ultimately reversed the ruling of the trial court on the grounds that the Statement of Reasons failed to “adequately explain how it resolved these and other conflicting facts set forth in the parties’ certifications.”  The Appellate Division also noted that, “the trial judge’s statement of reasons includes no analysis of the statute or a consideration of the Newburgh factors, which notably include ‘the commitment to and aptitude of the child for the requested education.’ Newburgh, supra, 88 N.J. at 545. See also Moehring v. Maute, 268 N.J.Super. 477, 480–81 (Ch. Div.1993) (holding a child past the age of majority who is a full-time student, diligent in her studies, getting good grades, and still dependent on her parents, is not emancipated and is entitled to continued financial support if the parents have the ability to pay).” The Appellate Division also noted that plenary hearing should be held when genuine issues of material fact exist.

As the educational costs of adult children continue to increase exponentially, it is paramount to have experienced representation in litigation the issue of child emancipation and educational expenses. The six lawyers at James P. Yudes, P.C. have extensive legal experience exclusively in the area of family law in courts throughout the State of New Jersey, including in the Appellate Division and Supreme Court of New Jersey.