On July 28, 2014, the New Jersey Appellate Division approved for publication the case of R.K. v. F.K. (Docket No. A-4165-11T4), which further clarified the issue of how courts in New Jersey are to determine applications to modify existing custody and parenting time arrangements.   In August, 2007 the wife obtained a temporary restraining order (TRO) against her husband, citing harassment. The parties had been married since 2001 and had three young children together.  That month, the family court issued a Final Restraining Order (FRO) and gave the wife temporary custody of the children.  The husband was ordered to attend anger management classes, and he was given parenting time on Wednesdays, Saturdays and Sundays.  In November 2008, the court amended the FRO and gave the both the husband and wife joint legal custody of the children and granted holiday parenting time. In June, 2009, the court again modified the FRO to give the husband parenting time every other weekend and one overn 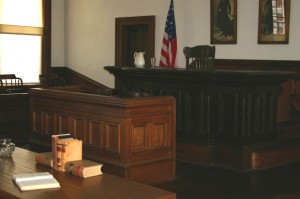 The husband filed a divorce complaint in 2011.   He sought a 50/50 parenting time arrangement and hired the services of a forensic psychologist to perform a custody evaluation. The psychological expert concluded that the wife had “very significant psychological problems” which called into question her “emotional stability as a parent”,  and he stated that those problems could have “a very negative effect on the children.”  The expert concluded that the current custodial arrangement was not in the best interest of the children, and he recommended that the parties share equal parenting time and that the children not be home schooled.  The court held a trial on this issue, and in March 2012 issued a decision maintaining the status quo with the exception that home schooling would be revisited one year prior to each child’s entry into high school. In making its decision the trial court not only found that a change in circumstances had not occurred, but also relied upon N.J.S.A 2C:29(b)(11) of the Prevention of Domestic Violence Act, which refers to the Act’s presumption that custody would be awarded to the domestic violence victim.  The husband appealed.

The Appellate Division further reinforced the fact sensitive nature and deliberative process the courts must undertake when adjudicating issues involving custody and parenting time. When faced with issues involving allegations of domestic violence and custody disputes, it is paramount that one has experienced representation. The lawyers at James P. Yudes, A Professional Corporation are here to assist you.