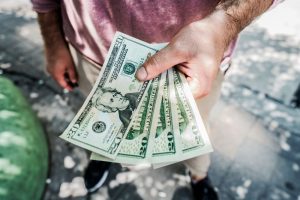 When calculating child support obligation, the courts first look to the Child Support Guidelines established by the Supreme Court of New Jersey. The Guidelines factor in income from all sources of both parents in order to determine the parents’ respective child support obligations.   However, when it comes to income that is available for support purposes, what is important to consider is not merely what someone’s actual, earned wages are, but what the parents’ income capacities are.  If a parent is voluntarily underemployed or unemployed and earning less than what he or she is capable of earning, the Child Support Guidelines allows the court to impute income to the parent who could or should be earning more.   Child support would be calculated based on what a parent is capable of earning, rather than what the parent is actually earning.

It is not, however, always clear what a person is capable of earning or whether a person is voluntarily underemployed. Some people have sporadic or variable income.  Some people earn income from second jobs or from overtime hours.

In the recently published case of the Superior Court of New Jersey in Ferrer v. Colon, FD-2392-07 (Ch. Div. 2020), the family court assessed whether to impute income to a parent for child support purposes because overtime hours were available to her that she did not utilize.  Should the court impute income to her based on income available to her even if she did not take advantage of all of those hours?

In this case, the parties were never married. They had one child together.  The plaintiff was the mother of the child and she sought an increased amount of child support for their child. The father had children from a prior relationship who had become emancipated since child support was last established in 2011. As such, he was no longer permitted an “Other Dependent Deduction” on the Child Support Guidelines worksheet because he was no longer required to support elder, emancipated children.  Also since 2011, the income of the parties, both of whom are police officers, had increased.   Child support is modifiable based on changed circumstances, and the family court accepted the loss of the “Other Dependent Deduction” and the increased income of both parties since child support was last established as changed circumstances warranting a modification of child support.

The parties were able to agree upon what the father’s income was for purposes of the Child Support Guidelines, but not the income of the plaintiff/mother.   The father pointed out that police officers often earn additional income beyond their full-time salaries by side jobs and overtime.   He noted that the mother worked some overtime hours, but not all of the overtime hours available to her.  He argued that the family court should impute income to the mother as if she worked all overtime hours available to her.

There was no suggestion that the court was going to require the mother to work any particular amount of overtime hours, but should the court calculate child support based on an income to the child’s mother as though she did work all overtime hours available even if she did not work historically work all of those overtime hours?

The family court decided that the mother was not underemployed and that it would not impute income to the mother.  The trial court disagreed and found that the Plaintiff’s income for support purposes is her salary as a police officer plus the average of her prior earnings from overtime and second jobs. The court declined to impute additional income.

The family court judge relied upon the Child Support Guidelines, Appendix IX-B to Rule 5:6A, relating to “sporadic income”. Based on this section, if a parent has income that is variable or that is sporadic, the court would use an average of the income from the parent’s past income from overtime or second jobs. The court noted that litigants cannot improperly reduce their support obligations by working less or manipulating their income.  However, the Child Support Guidelines look to how much income the parent had in the past, and allows parents to show  that income that was available in the past is not income that is available in the future.  Published Appellate Division opinions also consider the imputation of income based on the parties’ past practices.

The Court did not find any obligation to impute income to the mother based on overtime that was available to her beyond the amount of overtime that she historically worked. The Court also found that the Defendant had not established “good cause” for the Court to disregard the “sporadic income” provision of the Child Support Guidelines.  As such, the mother’s income for support purposes was considered her full-time pay as a police officer plus the average that she had earned historically from overtime and side job work.

Calculating child support is not always as cut and dry as it may appear and there may be arguments to make or defend that you are not award of.  The lawyers at James P. Yudes, A Professional Corporation are here to help.