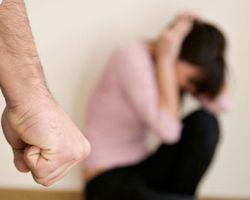 The time period in the lead up to and immediately after a couple separates is more likely than not rife with conflict. Unfortunately, the conflicts, whether verbal and/or physical, can rise to the level of abuse that is tantamount to domestic violence. Recently, a New Jersey family court in Ocean County issued an unpublished opinion is the case of AS-v-VS, FM-15-923-17, which is illustrative about how a family court judge handles a domestic violence complaint, especially in proximity to the filing of another family court matter.

In this case, the parties were estranged parents of two minor children.  In October, 2016, the parties appeared in family court under the non-dissolution domestic relations (FD) docket to address disputes over child custody and parenting time and child support.  An interim order was entered on October 31, 2016 pending receipt of further information and the proceedings were set to continue on December 14, 2016. Five days before the continuance of a final order the non-dissolution FD proceedings, the mother filed a domestic violence complaint against the father. She claimed that he had slapped her face during an argument about the children.  The mother was granted a temporary restraining order, and the court scheduled a domestic violence hearing for December 15th.  Meanwhile, due to the pending domestic violence matter, the court canceled the hearing in the non-dissolution FD matter.

2) Based upon the specific nature of domestic violence, a domestic violence complaint may be substantiated upon a party’s testimonial evidence, without independently corroborating evidence such as eyewitnesses or videotapes;

3) While a past history of domestic violence by a defendant against plaintiff is a relevant consideration under the domestic violence statute, N.J.S.A. 2C:25-29(a). Pursuant to the Supreme Court case of Cesare v. Cesare, 154 N.J. 394 (1998), such history is not a mandatory requirement for a court to find, under the particular circumstances of a case, that both prongs of the two-part test in Silver v. Silver, 387 N.J. Super 112 (App. Div. 2006), have been satisfied by a preponderance of the evidence to warrant entry of a final restraining order.

The court concluded that the victim “may meet the burden of proof based upon persuasive testimony alone”. The requisite burden of proof is not the heightened criminal standard of “beyond a reasonable doubt,” but the lower civil standard of “preponderance of the evidence.” N.J.S.A. 2C:25-29. This standard, often known as the “more likely than not” standard, applies to two prongs of the analysis, commonly known as the ‘Silver’ criteria, as established in the case of Silver v. Silver, 387 N.J. Super 112 (App. Div. 2006).

Under the first prong, the trial court considers whether a predicate act of violence has occurred. Id. at 125-26. Under the second prong, even if a predicate act of violence has occurred, the court must next decide whether there is a danger to person or property warranting entry of an FRO to prevent further abuse. Id. at 126. In some cases, the determination of the second prong is self-evident. Id.(quoting N.J.S.A 2C:25-29(b), stating that the court shall grant any relief necessary to prevent further abuse); see also A.M.C. v. P.B, N.J. Super (App. Div. 2016) (significantly liberalizing proofs for meeting the second prong, when the nature of defendant’s domestic violence against plaintiff inherently meets and satisfies same).

In cases of “he said vs. she said” the court’s determination on who to believe will often come down to credibility. As the trial court noted – “a party’s credibility is impaired by demeanor, inconsistent statements and bias, and the court finds that a litigant is simply being untruthful. On other occasions, such as when both parties are describing a verbal argument and alleged verbal harassment, a court may possibly find that neither party is intentionally lying, nor both parties are in fact telling the truth as to their respective perceptions of what did or did not happen. Indeed, it is not uncommon for multiple people to witness the same situation and, while attempting to be totally truthful, have very different views of what occurred.” A trial court will often refer to this process as “getting a feel for the case.”

Here, the trial court ultimately concluded that an act of domestic violence occurred. Specifically, the court found that it was “more likely than not, [the father’s] actions directly arose out of anger or animosity toward [the mother] as a result of their ongoing custody and parenting disputes which have in fact been the subject of ongoing domestic relations proceedings under a separate “FD” docket.”

The court found that the father’s actions were intentional and constituted both assault and harassment, stating: “As noted by our appellate court, even the stinging sensation of a slap may be sufficient to support the bodily injury aspect of the assault statute in a particular case.  . . .  Pursuant to N.J.S.A. 2C:33-4(b) one commits harassment under if, with, purpose to harass another, hits subjects another to striking, kicking, shoving or other offensive touching, or threatens to do so. The court finds from plaintiff’s persuasive testimony that such an act did occur, and based upon [the father’s] anger over child-related as well as the existing custody litigation, same took place with purpose to harass and hurt plaintiff, at least emotionally if not physically.”

This trial court also noted that a history of domestic violence does not need to exist in order to prove the predicate act occurred.  The judge ended his opinion by rightly stating: “The fact that the parties may not have had a past violent history with each other, when their relationship was more positive and less litigious, is not necessarily a reliable indicator that similar or increased violence will not continue to occur in this now-adversarial phase of the parties’ relationship. Meanwhile, plaintiff should not have to endure multiple additional hits in the face, or worse, during the companion litigation before she is entitled to protection. Once is more than enough.”