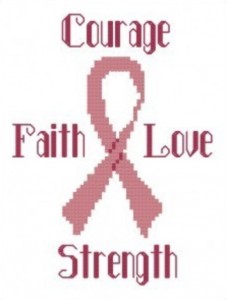 This week the New Jersey Court Committee on Opinions published the May 30, 2013 trial court Opinion of the Honorable Lawrence R. Jones, J.S.C. in the matter of A.W. v. T.D.   The case addressed  not only a heartbreaking family crisis, but what Judge Jones described as a “serious issue of first impression regarding the impact a terminal cancer diagnosis may have on an existing custody arrangement.”

In this matter, the parties divorced in 2002 and had three children, now all between the ages of 12 and 14 years old.  The primary custodial parent was diagnosed with incurable, terminal, metastatic Stage IV breast cancer.   The non-custodial parent sought an emergent transfer of custody of the children to him based on the mother’s medical condition.   The custodial parent  acknowledged that her medical condition was incurable and terminal, and that inevitably custody of the children would at some point transfer to the non-custodial parent. She argued, however, with proofs from her physicians, that she was presently stable, functional and able to continue to care for the children.  Additionally, she has the assistance of numerous family members living within close proximity available to help as needed.

The court examined whether the non-custodial parent, as the litigant asking to change the parties’ existing custody and parenting time arrangement, had met his burden of proof to demonstrate there was a substantial change of circumstance affecting the welfare of the parties’ children, and that a change in custody to him was in the best interest of the children. Sheehan v. Sheehan, 51 N.J. Super. 276, 287-88 (App.Div. 1958).  In a thoughtful and sensitive decision, Judge Jones found that, notwithstanding the diagnosis of custodial parent terminal cancer, the non-custodial parent had not met his burden of proof and denied his application  for an emergent transfer of custody.

The judge noted that the New Jersey custody statute, N.J.S.A. 9:2-4, requires the court to consider the needs of the children.  He reasoned that the children have not only physical needs, but emotional needs that must be considered.  He reasoned that New Jersey Rule of Evidence 201(b) allows a court to take judicial notice of matters of generalized knowledge. The judge took judicial notice that the “pending death and loss of a parent can be one of the most emotionally traumatic and devastating events in a young child’s life, and potentially even more destabilizing when the dying parent has been the child’s primary caretaker.” He pointed out that “the New Jersey Supreme Court has recognized that a child’s parent and/or primary caretaker may be an essential focus of child’s life, and source of fulfillment of not just the child’s physical needs, but also his or her emotional and psychological needs and well-being.” See V.C. v. M.J.B., 163 N.J. 200, 233 (2000)(citing Carter v. Broderick, 644 P.2d 850 (Alaska 1982)). The court went on to state that  before making a determination as to custody, the court must analyze the possible negative effect the separation would have on the children emotionally and psychologically when removed from the care of their primary residential custodian.  In re Guardianship of J.C., 129 N.J. 1, 19 (1992).  Furthermore, when making a change to a current custody arrangement, the court is tasked with considering the safety, happiness, physical, mental and moral welfare of the child.  Fantony v. Fantony, 21 N.J. 525, 536 (1956).

The judge held that “it would be fundamentally inequitable and inappropriate for this court to conclude that a person’s illness, disability, or condition, even a condition as serious as Stage IV cancer, automatically renders a person unfit per se to continue serving as a custodial parent.”   He noted that under the case of Watkins v. Nelson, 163 N.J. 235, 237, 244 (2000),  a rebuttable presumption exists as to the surviving biological parent’s rights as to custody upon the death of the other parent. The court then aptly noted that the custodial parent was still capable of caring for her children and that she even appeared in court to testify to that fact.  The judge examined the emotional health of the children, addressing their need to remain with and spend as much time with their mother and primary care giver as possible in the final stages of her life, and that to deny them that opportunity and to force them to live a few hours away from her would result in irreparable emotional damage to the children.   The judge pointed out that the non-custodial parent’s application to transfer custody did not even acknowledge or address the question of the emotional trauma to the children by transferring custody based on their mother’s terminal illness or how he intended to handle that trauma.  Also, the application did not address the extent to which the children would have meaningful contact with their dying mother.  Even if the custodial parent were unable to care for the children because of her illness, the non-custodial parent would still have to present the court with a specific and reasonable schedule for the children to have access with her in order to protect the children’s emotional needs during the time of crisis and transition.

Pursuant to Court Rule 1:36-2(b), the Chief Justice of the New Jersey Supreme Court appoints a committee to review any opinion submitted for publication by a trial judge; such opinions are published if “it is of continuing public interest and importance.”    Here, the judge pointed out that this was a case of first impression related to the impact of a terminal cancer diagnosis.    This case is also informative with regard to the judge’s comments regarding the adversarial nature of the application, and his focus on the importance of joint legal custodians cooperating in a family crisis to protect not only the physical well-being of the children but their emotional well-being.  Joint legal custodians are statutorily obligated to attempt to communicate and cooperate with one another on important child related issues.   In this matter, the non-custodial parent apparently rushed to court to transfer custody of the children upon learning of his former wife’s diagnosis but did not show that he made any attempt to communicate with and cooperate with the custodial parent first to discuss and develop a future transfer of custody at the appropriate time, or any involvement of a child psychologist or therapist to guide the parties in assisting the children cope with this family crisis.  The judge questioned whether the father fully understood the gravity that the terminal illness of the primary care giver would have on the children’s emotional health.

In this dispute, the non-custodial parent was pro se (represented himself without a lawyer).   Custody disputes are sensitive and critical matters.  It is important to handle such custody disputes appropriately, and with sensitivity to the well-being of children, both before the dispute rises to the level of court action and during the court action.  The law office of James P. Yudes, A Professional Corporation has experience handling custody and parenting time disputes and are available to guide you.