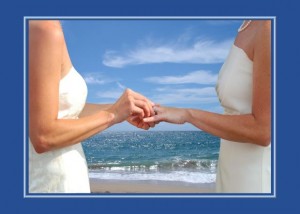 The case of US v. Windsor, 570 U.S. 7, (2013),  decided on the last day of the United States   Supreme Court’s term on June 26, 2013, declared unconstitutional certain provisions of Bill Clinton’s landmark legislation, the 1996 Defense of Marriage Act, commonly referred to as “DOMA”.  The challenge to DOMA before the U.S. Supreme Court in Windsor focused on the inclusion of a federal definition of marriage within the statuary scheme.  The definition of “marriage” is contained in Section 3 of DOMA and provides in pertinent part:

“In determining the meaning of any Act of Congress, or any ruling, regulation, or interpretation of the various administrative bureaus and agencies of the United States, the word “marriage” means only a legal union between on man and one woman as husband and wife , and the word ‘spouse’ refers only to a person of the opposite sex who is a husband or a wife.” 1 U.S.C. § 7.

DOMA did not prohibit states from allowing same-sex partners to marry.  DOMA, however, foreclose those who were permitted by a state to legally marry from obtaining the federal rights and protections afforded to heterosexual married persons.

In our day-to-day lives we often fail to appreciate that we live in a Federal System of government in which rights and protections are afforded to us by two separate sovereigns: the Federal Government and the government of the state, district or territory in which we reside.  When DOMA was written, no state had yet enacted a law allowing same sex marriage; on the day the Supreme Court rendered its decision  in U.S. v. Windsor, thirteen states (California, Connecticut, Delaware, Iowa, Maine, Maryland, Massachusetts, Minnesota, New Hampshire, New York, Rhode Island, Vermont, and Washington as well as the District of Columbia)  had legalized same sex marriages.  Many other states, such as New Jersey, have created laws designed to provide same sex couples with State rights, designating same-sex couples as “Domestic Partners” and recognizing “Civil Unions”.

The U.S. Supreme Court in Windsor struck down the Federal definition of “marriage”, recognizing that the ability to define and control marriage is not an enumerated federal power but has historically been in the hands of each State.  The right to marry and be called a “spouse” is now under Windsor left to be determined under State Law.  The words “marriage” and “spouse” take on significance in the federal scheme because federal law provides for protections and privileges to married persons such as: the right to health care benefits, the protection of the Bankruptcy code regarding domestic obligations, the ability to make transfers of property and retirement benefits in a divorce without tax.  The list is expansive. The point is that being legally “married” under the definition of a state’s law affords the “spouse” significant federal rights and protections.

The Court in Windsor did not find that there was a federally protected right to marry.  It simply found that the federal government could not divest rights given under federal law to persons legally married in their State by having the federal government define marriage differently than a state may define marriage.   State law controls who is married, and if a couple is legally married under their state’s law the couple is entitled to the rights that enure to them by virtue of their marital status under federal law.

What about New Jersey?

New Jersey statutorily recognized the equal rights of homosexuals in the 1992 New Jersey Law Against Discrimination (LAD), N.J.S.A. 10:5-1 to -49 .  The Supreme Court of New Jersey, in upholding that legislation, observed: “[T]he overarching goal of the [LAD] is nothing less than the eradication of the cancer of discrimination.” Fuchilla v. Layman, 109 N.J. 319, 334 (1988).

In 2004 the State adopted the Domestic Partnership Act (DPA), N.J.S.A. 26:8A-1, et. seq., which made available to same-sex couples some, but not all, of the rights and benefits accorded to married people under state law.

Finally in 2006, the Supreme Court of New Jersey rendered its decision in the seminal case of Lewis v. Harris, 188 N.J. 415 ( 2006), in which the Court asked and answered two questions whose import is now magnified by the Windsor decision: 1) Do committed same-sex couples have the rights to the statutory benefits and privileges conferred on heterosexual couples; and (2) if they have such rights do they have the further right to call that relationship a “marriage”?  The court concluded that same-sex partners are entitled to the full rights and benefits enjoyed by heterosexual couples, but they do not have the right to call that relationship a “marriage”.  The Supreme Court of New Jersey left it to the New Jersey Legislature to decide whether to include same-sex couples in the State’s definition of “marriage” or whether  to create a parallel scheme that give same-sex couples the same benefits and obligations as heterosexual couples without definining them as married.

The State Legislature elected to create a separate scheme, enacting in 2007 our current Civil Union Act, N.J.S.A. 37:1-28 et seq.   Committed same-sex couples under the statutory scheme are designated “partners in a civil union”. They are not “married”, although their rights and liabilities are identical to married couples under the law other then the word “marriage”.  The direction of the New Jersey Supreme Court in Harris was to create for state purposes a scheme that afforded to all citizens of the State of New Jersey equal protection under the law and equal rights under state law.  The word “marriage” was found to have historical significance, and in that context the Court reasoned that same-sex couples had no constitutionally protected  right to claim that title.  They did, however, have the constitutionally protected right to have their status as a couple treated equally with heterosexual married couples.  When the Civil Union Act was created, federal law was of no concern because DOMA limited family rights on a federal plane to only heterosexual married couples.

The Windsor decision leaves to the individual states the decision as to whether same sex couples can marry and affords to all persons legally married under state law the same federal rights.  The New Jersey Supreme Court in Harris sought to give same-sex couples the same rights as heterosexuals.  The Court in Harris, in directing the State Legislature to act, stated:

” We conclude that denying to committed same-sex couples the financial and social benefits and privileges given to their married heterosexual counterparts bears no substantial relationship to a legitimate governmental purpose.  We now hold that under the equal protection guarantee of Article I, Paragraph 1 of the New Jersey Constitution, committed same-sex couples must be afforded on equal terms the same rights and benefits enjoyed by married opposite-sex couples.” Harris, 188 N.J. at 457.

The United States Supreme Court in Windsor, in deferring to the states the ability to define marriage observed: “By creating two contradictory marriage regimes within States, DOMA forces same-sex couples to live as married for the purpose of state law but unmarried for the purpose of federal law, thus diminishing the stability and predictability of basic personal relations the State has found to proper to acknowledge and protect.”

Will the Federal Courts find that New Jersey’s separate but equal construct of a “civil union” constitutes a “marriage” for purposes of federal rights and liabilities?  We don’t know.  We also do not know if our State Court, if called up to deal with the current dilemmam would find that Civil Unions no longer satisfy the Harris mandate that the state Legislature must write a law that gives same-sex citizens all the rights of opposites-sex couples.  The ink is not dry on Windsor, but in New Jersey the debate is just beginning.